ANALYSIS OF HUMAN AND BRIDE TRAFFICKING 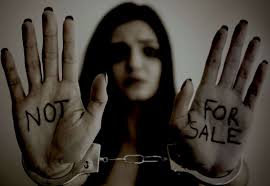 Trafficking in women and children is something which is the most detestable violation of human
rights and is considered as heinous towards the life of people. A lot of crimes are taking place
but trading in human misery is ghastly in respect of other crimes taking place. Human trafficking
is a complex process during which the victims pass through a number of different stages
(recruitment, transportation, exploitation, and disposal) possibly in different countries. Trafficking
is the violation of human rights which keeps the persons at an edge of danger or at risk of being
exploited. Restriction from movement, deprivation of security and self-preservation, deprivation
of healthcare facilities, education and banning social restriction, all these come under the
human rights violation.
Bride Trafficking is not something new but is considered as a part of human trafficking. Bride
trafficking is another face or another part of trafficking which arises after the progression of
human trafficking. In this era, where women have the right to choose their lifestyle, choose their
life partner, there are also some women who are deprived of their rights and forcefully entered
into the practice of selling into marriage against their wishes. Bride trafficking is not a narrow
concept; actually, bride trafficking is an inter-country and intra-country phenomenon and
considered as a part of Human trafficking
The current laws are unable to deal with this problem in a perfect manner and are unable to
track the sources of trafficking. The problem of arising trafficking issue in countries puts a lot of
burden on government, national, international agencies and is particularly troubling due to
three mains issues
1. Significant definitional and clear distinction of trafficking.
2. Lack of qualitative and quantitative data about trafficking practices.
3. Lack of interaction with the victims of trafficking if anyone has been rescued.
Therefore, let us conclude that trafficking is a social evil prevailing globally violates Human
Rights by the violation of the fundamental rights of the citizen i.e. Article 14 (Right to equality)
and Article 21 (protection of life and personal liberty). Over the years, many NGOs, and
government parties and institutions have made a lot of effort in combating Human and Bride
Trafficking by analyzing and identifying the spheres of the problem and causing the root of that
problem.
Trafficking in almost all the countries spreads at a rapid pace which severely affects the other
sectors of the economy and accumulates a large sum up amount as these crime industries
attract a lot of profit with minimal risk and also involve a major portion of the population in this
crime industry. If trafficking issues will not be solved then it will soon destroy the whole of the
economy by leading to gender ratio problems, a lot of sexual diseases in women and girl
children and this mental and physical disorder leads to the heavy expenditure of treatment and
also for the protection of victims.