How much do you know about Bengal? Bengal is changing continuously in terms of geography and political character 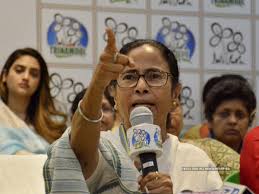 West Bengal, which is moving towards the assembly elections, is being discussed all over the country today. Bengal, once a pioneer in the freedom movement, has a distinct cultural identity. Bengal with rich cultural heritage of Swami Ramakrishna Paramahamsa, Swami Vivekananda, Raja Rammohan Roy, Bankim Chandra Chatterjee, Ishwar Chandra Vidyasagar, Rabindranath Tagore was once known as the center of Renaissance in India. At the time of independence, the Partition of Bangladesh changed the geography of Bengal to a great extent, and after that the constant migration from Bangladesh also remained an integral part of the picture of Bengal.

Not only this, the center of Naxalite movement that flourished in the 1970s also remained Bengal for a long time. Economic backwardness has also always remained the destiny of Bengal amid constant experimentation and changes in political ideology. Struggling with so many questions like political violence, economic backwardness, large population, increasing burden of migration, Bengal is once again at the turning point of electoral examination. But Bengal can be called a cultural engine if not the economic engine of the country.

How is today’s Bengal?

West Bengal, with a population of around 9 crore, is one of the most densely populated states in the country, so it is ranked 14th in the country by area. Bangladesh, Nepal and Bhutan share three international boundaries with Bengal. So there are boundaries of Bihar, Jharkhand, Sikkim, Assam and Odisha in Indian states. The state has areas of the Ganges basin, while there are also hilly areas like Darjeeling and delta areas of the Sundarbans. The state has rich water resources, while there are also large trade centers close to the sea shore and ports. Looking at the economic aspect, Bengal ranks sixth in the economy of the states of the country with a state gross domestic product of Rs 12.54 lakh crore. The unemployment rate in Bengal is 6.5 percent. There is a debt of 4 lakh crores on the state treasury. Bengal is known for rice, potato and jute cultivation. But majority of the state’s population is dependent on agriculture.

Once upon a time, many areas of Bengal were known as industrial centers, but first the partition of Bengal along with the partition of the country and after independence, the problem of Naxalism and the politics of trade unions greatly influenced the industrial development in the state. After this the Protest of Singur and Nandigram also gave a blow to new industries and investment initiatives. If we look at the state’s population on religious grounds, then 70 percent is Hindu population while 27 percent is Muslim population.

There are four main political powers in today’s West Bengal – Trinamool Congress, Bharatiya Janata Party, Congress and Left parties. The state has 295 assembly seats out of which one member is nominated and elections are held on 294 seats. Out of which 210 seats are for general quota. 68 seats for SC class while 16 seats are reserved for ST class. There are 42 Lok Sabha seats in the state while 16 members of the state are represented in Rajya Sabha.

How did geography change after independence? Until 1911, Kolkata was the capital of India instead of Delhi. Then the British rule decided to make Delhi the political capital. The geography of Bengal kept changing with the partition before independence. After the partition of Bengal on Hindu and Muslim basis in 1905, there was a big movement against the British rule. After this, Bihar and Odisha provinces were separated from the Bengal Presidency in 1912.

At the time of Partition in 1947, Bengal was again partitioned. East Pakistan was separated which became a new country from Pakistan in 1971 as Bangladesh. In one stroke, Kolkata’s jute factories were shut down as cotton farming areas moved to Bangladesh. Even after independence, the geography of Bengal changed many times. Cooch Behar Princely State merged in Bengal in 1950. The area of ​​Chandanagar, formerly a French colony, was also merged with Bengal in 1955. Based on the recommendations of the State Reorganization Commission of 1956, parts of Kishanganj and Purulia were also merged from Bihar to Bengal. Currently, the total area of ​​Bengal is 88,752 square kilometers.