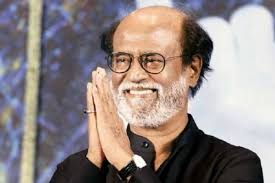 Superstar Rajnikant has always amused us with his movies, whether it is being Thalaiva of Bollywood or Mr. Chiti he is a renowned star everywhere. Like his movies, his decisions are also surprising. The screenplay of Tamil superstar Rajinikanth for a new role in politics outside the film world was being written for a long time, but now he has also announced the release of his political picture. Putting to rest speculation about joining a party, Rajinikanth has announced to form his own new party (Rajinikanth’s Political Party). As Tamil Nadu goes for assembly polls on May 2021. On December 31 he is planning to announce a January launch date for his party.

In 1996 postulation about Rajnikant entering politics was started. Even before having a strained relationship with the founder of AIADMK M G Ramchandra himself an actor and the chief minister. Rajnikant spoke against the chief minister J Jayalalithaa, later he claimed that it was his statement that defeated her.

On December 31 2017 his decisive statement about joining politics came. All of his fans were eagerly waiting for his own party announcement. It is a long wait for his huge fan base who were in their 20s and 30s at that time when they demanded him to come into politics in the 1990s are middle-aged now, When Rajnikant announced his party he asserted that it will be a regime change. He is here to change the fate of Tamil Nadu. If he wins it will be a victory for the people he will work for the betterment of Tamil Nadu.

Let us know that Tamil Nadu assembly elections are to be held in April-May next year (Tamil Nadu Assembly election 2021). Keeping these elections in mind, all parties including the BJP were waiting for Rajinikanth’s announcement. However, the forming of Rajnikant’s own party may shock BJP. Because the BJP was trying to include them in its camp.

Rajinikanth won one of the ‘spiritual politics’ in December 2017 and contested all the 234 assembly seats in Tamil Nadu in 2021.  Last year, actors Kamal Hassan and Rajinikanth expressed their desire to work together.

Please also tell here that Rajinikanth’s health is not good. He has undergone a kidney transplant and in view of the corona infection, doctors have advised him to take maximum rest.

On Thursday Rajnikant asserted that his party will strive for “Spiritual Politics” which he explained as their party will be “honest towards their work and will be corruption free”. But the word spiritual gave him the tag of being a right-winger leader in Tamil Nadu. Rajnikant also introduced two men as his closest adviser, one of them was the state president of BJP intellectual cell namely Ra Arjunamurthy. Rajnikant flaunts his relationship with an insider of Sangh Parivar S Gurumurthy. Rajnikant is a big fan of the late Cho Ramaswamy he is a social critic and mainly known for this Hindutva ideology. Being his fan doesn’t make him an RSS supporter.

Rajnikant’s health concern during the pandemic.

Reportedly Rajnikant went through a kidney Transplant in the year 2016, due to which during this pandemic his health is a major concern because campaigning and addressing public rallies are surely going to break the coronavirus guidelines.

Some of the people in his circle said that there considering options like “bio bubble” this concept was used in IPL 2020 to protect the players. Bio bubble is an imaginary bubble that will seek to ensure his safety during the campaigns. At the time of public rallies only chosen people will be allowed to stay around his proximity and those people will undergo regular checkup of COVID-19.