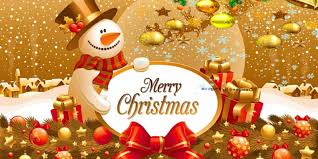 Christmas is not only a festival but a carnival. It is also famous with the name of FEAST OF THE NATIVITY. It is a traditional Christian festival which celebrates the birth of Jesus Christ. It has become a secular holiday which  is observed by both Christians and non-Christians. The secular holiday is often devoid of Christian elements, with the mythical figure Santa Claus playing the pivotal role. This day is always celebrated on 25th December which corresponds to the Gregorian calendar. Gifts are exchanged on Christmas Eve in most European countries and on Christmas morning in North America. It is a cultural and religious celebration among a lot of people all over the world. Christmas is celebrated in all Christian countries but there are differences in the way each nation celebrates this date.

The history of this carnival dates back to a long time. It was first celebrated in 336 A.D. in Rome. during the Middle Ages, epiphany overshadowed it. Christmas was brought back to limelight around 800 A.D. when the emperor Charlemagne received the crown on Christmas day. During the 17th century, the Puritans had Christmas banned because it was associated with drunkenness and different other misbehavior. Around the early 1900s, the Oxford movement of the Anglican Communion church started and this led to the revival of Christmas.

Christmas is celebrated with great hubbub in a prolific manner. the onset of the festivities is done with the offering of prayers to the Almighty. Families go to church and numerous songs and dances  take place to nark the day. Later , gifts and well wishes are exchanged among friends and relatives. Homemade traditional plum cakes, cupcakes, and muffins are the special treats on Christmas. Kids are showered with lots of presents and new dresses. They also get to meet ‘Santa Claus’, dressed in a fluffy red and white costume, who greets them with hugs and gifts.

Christmas is a time to be with the people you love. It is a festival of sharing love among friends and families. It not only teaches cordial values but also preaches to believe in the thought of sharing with people. It dedicates positivity and marks new beginnings in life. Christmas is such a festival which people from all religions and faith celebrate worldwide despite it being a Christian festival. It is the essence of this festival which unites the people so much.