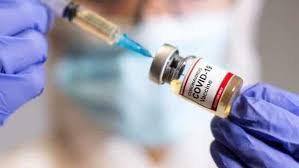 The Subject Expert Committee is having an important meeting today regarding the Corona vaccine. It considered giving emergency approval to Kovishield, the Corona vaccine of Oxford AstraZeneca. After which the emergency use of the Kovishield vaccine being made by the Serum Institute was approved. According to the information, in this meeting, Pfizer, Bharat Biotech and Serum Institute all three had to present their presentations one after the other. Zydus Cadila has also joined this meeting.

According to the information received from inside the meeting, the presentation of the Serum Institute has been done. With which the emergency use of Kovishield has been approved. Now after this the presentation of Bharat Biotech is going on. Currently, the vaccine of India Biotech is being discussed. Pfizer’s presentation will be at the end. That is, after a few hours from now, it will be clear that the corona vaccine is to be approved in India or the committee will demand more data this time as last time.

Please tell that now two meetings of the committee have been held. Some more information was sought from vaccine companies in these meetings. It is expected that as soon as good news comes from this meeting, within a few hours you will get the news of the first vaccine. India has completed preparations to defeat Corona. The entire action plan is ready. To defeat the corona in India, the campaign to install vaccines will also be so widespread that the world will be surprised at this.

At the same time, a dry run of Corona vaccine will be done in every state of the country from 2 January. A meeting is under the leadership of Union Health Minister Dr. Harsh Vardhan for its preparations. Earlier, dry runs were done in Punjab, Assam, Gujarat and Andhra Pradesh, whose results came out very positive.

Dry run in UP tomorrow

Talking about tomorrow’s dry run in Uttar Pradesh, the state’s chief health secretary Amit Mohan Prasad said, “We will do a dry run of the Kovid vaccine tomorrow at 6 centers including Sahara Hospital, RML Hospital, KGMU and SGPGI in Lucknow.

5 districts of Jharkhand will have a dry run On January 2, a dry run of corona vaccination is to be held in five districts of Jharkhand – Kanchi, East Singhbhum, Chatra, Palamu and Pakur. Giving this information, the state Health Minister Banna Gupta said that all the necessary preparations have been completed. 7000 health workers have been trained for the vaccination campaign.

Vaccine to be given to 30 crore people

300 million people will be given the first vaccine on priority basis. There is a solid preparation behind these steely intentions of PM Narendra Modi. India has now reached its campaign with regard to the vaccine. Tell you how the vaccine is in India.

Covisheld from Oxford and AstraZeneca is ready.

– Both can get emergency approval at any time

– Pfizer’s vaccine will also be available in India.

– The expert committee has asked for some more information from Pfizer.

– Pfizer vaccine will also be approved as soon as it is received. Apart from this, fast work is being done on the fourth vaccine.

– This vaccine is making Zydus Cadila. – Its third phase trial will begin.

– Zydus is about to seek its approval.

The speed at which the vaccine is working can be gauged from the fact that even before emergency approval, AstraZeneca of Pune has prepared five crore doses. The good thing is that India will get millions of doses of this vaccine from Britain. The vaccine is being prepared here in a very safe environment.

The vaccine will also be effective and in order to have mega vaccination in the country, the agreement for the purchase of the vaccine has already been done. India is a stronghold of vaccine created in the world anyway and in such a situation you should be assured that with the permission of the Drug Controller General, the mega vaccination will start as promised by PM Narendra Modi. Just be ready to get the vaccine.