CORONAVIRUS: IMPACTS ON FREEDOM OF EXPRESSION

CORONAVIRUS: IMPACTS ON FREEDOM OF EXPRESSION 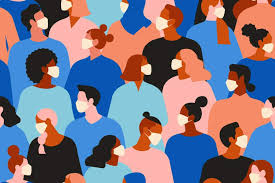 Freedom of expression and information and media freedom are crucial for the functioning of a truly democratic society and continue to be so in times of crisis. The provision of timely information about public health risks is a critical element in crisis response.

– Special attention should be paid to the communication and dissemination of information relating to the virus and its circulation, risks of contamination, number of illnesses/deaths, as well as to those measures which have more remote connection with the policy of social distancing/isolation. Related restrictions on the freedom of expression introduced in some States are potentially worrying.

– Media play a key role, also coupled with increased responsibility, in providing accurate, reliable information to the public, but also in preventing panic and fostering people’s understanding for and cooperation with necessary restriction. Media organisations and journalists should adhere to the highest professional and ethical standards, give priority to authoritative messages regarding the crisis, and refrain from publishing, and thus amplifying, unverified stories.

– Rumours, misinformation and disinformation are more likely to cause harm to the public order and health safety. As exceptional measures required by exceptional circumstances (i.e. to avoid spreading conspiracy theories, false alerts, etc.), some restrictions may be needed and justified. However, States should avoid measures derogating from the guarantees of Article 15 ECHR that are broadly and vaguely worded, lack foreseeability and/or are likely to lead to over criminalisation. In turn, professional journalists should be careful in verifying information coming from non-official sources before publishing it, and refrain from publishing implausible/sensationalist materials that could cause panic.

– States should regularly and promptly inform the public about the dimensions and implications of the crisis and the governments’ measures, engaging in an open communication that promotes trust and cooperation of every individual. However, the flow of information about the pandemics should not be reduced to official communications. This would lead to censorship and suppression of legitimate concerns.

– Journalists and media, medical professionals, along with civil society activists and members of the general public, should have the right to criticise the authorities and scrutinise their response to the crisis. This is particularly important now, when other checks and balances on the government action are removed or eased, especially under emergency measures or even the state of emergency in some states. The heroic story of Li Wenliang, the Chinese whistle-blower doctor, shows the danger of suppressing free flow of information of vital importance. Likewise, it is unacceptable to use the epidemy as a pretext to silence the political opponents of the current government.

– Finally, there is hardly any justification for prior censorship of certain topics, closure of media outlets or outright blocking of access to on-line communication platforms. Malicious spreading of disinformation may be tackled with ex post targeted sanctions, and with the governmental information campaigns. States should work together with online platforms and the media to prevent the manipulation of public opinion, as well as to give greater prominence to generally trusted sources of news and information, notably those communicated by public health authorities.

– While it is natural to limit physical public gatherings, on-line forms of civic and communal life must not only be preserved but actively supported by the State.

In Dr. Khan’s case, the Calcutta High Court passed an order directing the police to immediately return his mobile phone and SIM card and also directed that there shall be no further interrogation without the leave of a proper court.

Further, the respondents may start a criminal case against the writ petitioner without arresting him. The liberty of the petitioner can only be curtailed by orders of the said court to be passed in a properly instituted proceeding, the Court had held.

The Calcutta High Court also held that freedom of speech and expression granted under Article 19 of the Constitution of India has to be scrupulously upheld by the State even if an expression of opinion brings the government into disrepute. The State cannot use the police to intimidate critics into silence, the Bench held.

In such a situation, where the government and other authorities have been granted wide-ranging powers to curb speech and expression guaranteed under Article 19(1)(a) of the Constitution, legal protection is provided by the Doctrine of Proportionality and the ‘reasonable restrictions’ under Article 19(2). Proportionality and reasonability are the touchstones on which such government actions should be measured.

In Om Kumar v. Union of India, the Supreme Court observed that restrictions on fundamental freedoms have always been checked on the “anvil of proportionality”. The Court sees if the measures taken by the body are the least restrictive means to achieve the purpose. If they aren’t, then the restriction imposed will be quashed using this doctrine.

In cases where the rights provided under Art.19(1) and 21 are restricted by administrative actions, the courts act as a primary reviewer and go into the merits of the case while applying the doctrine of proportionality.

The COVID-19 pandemic has brought with the implementation of laws which we generally aren’t subject to or used to. These laws may become tools for the government for curbing of speech and expression during this crisis.

To prevent that and to ensure that our right to speak and express ourselves is upheld in these trying times, the only way forward is to ensure the proper harmonisation of the principle of free speech and expression guaranteed under Article 19(1)(a), the reasonable restrictions encapsulated in Article 19(2), and the Doctrine of Proportionality that has become a legal standard for protection of civil liberties and rights of individuals.