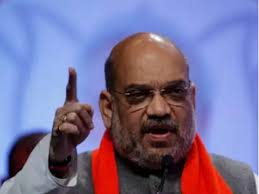 Union Home Minister Amit Shah on Friday paid tribute to former prime minister Atal Bihari Vajpayee on his birth anniversary and said he had started the era of good governance and the welfare of poor in the country.

In a series of tweets in Hindi, Shah also said Vajpayee’s devotion to duty and service to the nation will always inspire everyone.

“Paid floral tribute to Bharat Ratna Atal ji at his memorial on the occasion of his birth anniversary. Atal ji’s thoughts and his dedication for the progress of the country will always give us strength for the service of the nation,” he said.

Shah also said Vajpayee had started the era of development, welfare of poor and good governance in India through a life of politics based on ideology.

“Atal ji’s devotion to duty and national service will always be a Centre of inspiration for us,” he said.

Born in 1924, Vajpayee was a founder member of the Jana Sangh and then the BJP, a party which rose from the margins to rule India for the first time in 1990s with him being its main face. His tenure is credited with ushering in a fresh wave of liberalisation, boosting growth and infrastructure.