High rise in covid-19 cases, Kolkata at its peak 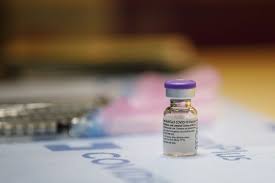 Kolkata’s test-positivity rate has increased by Friday shot up to 53.1%, which means that the outcome of every additional sample for the Covid-19 test is turning positive in the city.
The state Capital reported a total of 7,484 new Covid-19 cases and seven additional deaths in the last 24 hours. Kolkata’s everyday case count is the highest compared to all districts of West Bengal.
The state reported 18,213 new infections with a test-positivity rate of 26.31 per cent, according to a publication issued by the state Health Department. As per officials, 69,158 samples were tested on Friday.
The number of new cases in Kolkata has surged sharply over the past few weeks. On January 3, the city measured 2,801 new cases and a total of four demises. Over the next three days, it’s been a daily tally of more than double 6,569 new cases. On Wednesday, Kolkata registered 6,170 new cases and five deaths.
Apart from Kolkata, North 24 Paraganas also reported a high rise of new cases (3,118). The virus also alleged 18 lives in the state dragged the toll to 19,864.
On Friday, West Bengal’s case tally rise to 17,11,957 and the number of active cases at 51,384. The state’s patient discharge rate was lowered to 95.84 per cent.
Meanwhile, the doctors in Kolkata announced that unregulated meetings are the key reasons behind the rise in Covid-19 cases in the city. They said that the previously assumed Kolkata Municipal Corporation polls, Christmas and New Year celebrations are to be indicted for the remarkable rise in new infections in Kolkata.
It is seen that the urban part of the city is likely to be more affected. Hence, more accountability lies on the administrative department when it comes to the city. We saw enormous meetings during KMC elections, Christmas evenings and New Year celebrations. Now, the administration is busy seen with the Ganganagar Mela. If regular testing is done, the state might surely touch the figure of 1 lakh positive cases regularly. The situation in Kolkata seems to be very disturbing and the kind of healthcare infrastructure isn’t enough.
More than 1,000 doctors across West Bengal have reportedly tested positive for Covid-19,” stated the General Secretary of Association of Health Service Manas Gupta.
Doctors announced, they had reported a shift in the symptoms of Covid-19 patients. “Most patients seem to have milder symptoms compared to those during the second wave when hospitalisation and mortality rate was higher. This probably implies that omicron is affecting the existing infections,” said Dr Arup Haldar, a pulmonologist associated with a private hospital.
“That so many doctors, frontline medical workers and common people are getting infected in the current wave despite taking two vaccines proves that omicron has become the variant of concern in Kolkata. Omicron is known to have the ability to infect those who have taken vaccines,” said Dr Ajoy Sarkar, who has also been treating Covid-19 patients.
Later, he added that vaccines have a huge contribution in reducing the severity of omicron infections and exhorted the administration to contribute booster doses to the helpless at the earliest.
Neha Mandal
Internship Trainee
(Copywritten)