How readers can confirm the truth and credibility of news article 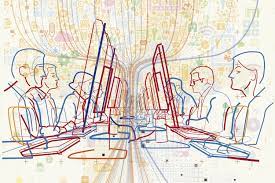 How readers can confirm the truth and credibility of news article

News is information that is unknown to common people. The common example of what is news is ‘If a dog bite you that is not news but in return if you bite the dog that is news’. Every or the other person reads, hears or watches news nowadays not only from newspapers but also from other media. But one question strikes in everybody’s mind when they read any news whether the news is true or not. People read news to get the correct information but there are many people who spread rumours by giving fake news. Fake news is not a new thing for people to hide the truth, they present the news in a different way that it seems to be true. Fake news is probably a kind of Yellow Journalism. In this type of journalism, the reporter reports the wrong news or in an exaggerated manner where the fact will not be true. The people who read everyday news have the responsibility to fact check the news and stop it from spreading. But there are ways people can get to know the truth and credibility of news articles.

Quotation: People who follow everyday news for them it will be easier to get whether the news given is fake or not. But it will be tough to identify fake news if he reads or watches news rarely or in a time gap. The news which are true and fact based their way to quote a byte is little different even if they know in which byte they have to quote or in which fact if quotation is there it will be good.

Research: Before writing any article or news an in-depth research should be done. Research is done because people who will read they should get a fact full and true news so every reporter goes to the field to get a detailed study on the news she/he has to write. Readers want 100% correct information if they get to know the fact is not true it can create for the writer and the organisation. In fake news the research is not done properly and the fact given may not be correct.

Pictures: All the people are not literate to read the news but they can hear it from the radio or can watch from television. Radio and television price is high so everybody cannot effort that so they prefer newspaper if they cannot read the news the pictures given from that they get the idea about the news. This happens not only with the people but also with the people who don’t want to read the whole but from the picture and reading the headlines get to know the news. The pictures given in the newspaper tells the whole story. Even the picture is also accurate like the news but news which are fake in that picture will also not match with news. The story will be different from the picture given.

The people reading news everyday should be careful of these things which will help them to understand whether the news is true and has credibility or not.