HUMAN RIGHTS ISSUE SHOULD BE RAISED PAK FOR CEASEFIRE VIOLATIONS

Human Rights issue should be raised against Pak for ceasefire violations 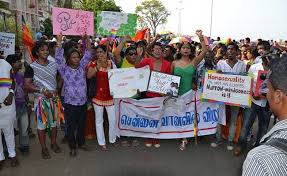 At the dawn of the new millennium, human rights and development are at a crossroads. On the
one hand, the congruence between human rights and development theory has never been more
striking. Poverty and inequities between and within countries are now the gravest human rights
concerns that we face. As the Secretary-General underscored in his 2005 reform report “In
larger freedom”, the challenges of human rights, development and security are so closely
entwined that none can be tackled effectively in isolation.
Human rights are universal legal guarantees protecting individuals and groups against actions
and omissions that interfere with fundamental freedoms, entitlements and hu- man dignity.
Human rights law obliges Governments (prin- cipally) and other duty-bearers to do certain things
and prevents them from doing others.
Rajesh Mishra, BSF Inspector General (IG), Kashmir on Sunday stated that rather a lot of hurt
was inflicted on civilians, together with harm to their properties, as a result of of the current
ceasefire violations by Pakistan.
While condemning the actions by Islamabad, Mishra stated, the issue of human rights violations
should be raised against the nation.
“Lot of harm was inflicted on civilians including damage to their properties. Issue of human
rights violation should be raised,” stated the BSF IG, on being requested if he has any message
for the worldwide neighborhood over a number of ceasefire violations by Pakistan on November
13.
Earlier at this time, Kashmir Frontier, Border Security Force (BSF) paid final respects to
sub-inspector Rakesh Dobhal who was killed in a ceasefire violation by Pakistan in Baramulla
district on Friday. The wreath-laying ceremony for Dobhal was held at Srinagar on Sunday.
“On November 13, Pakistan started unprovoked ceasefire violation on Line of Control (LoC),
using artillery, mortars and other weapons targeting even the civilian areas deliberately.
Sub-Inspector Rakesh Dobhal immediately reacted to the call of duty for retaliation and brought
effective fire on enemy thus causing great damage to the enemy in Naugam Sector. While
fighting bravely, he was hit by enemy fire. He was immediately evacuated but unfortunately
succumbed to his injuries an route hospital,” stated BSF in a press launch.
The obligations of States to prohibit discrimination and to ensure equal and effective protection
against discrimination apply to the equal enjoyment of human rights relating to a safe, clean,
healthy and sustainable environment. States therefore have obligations, among others, to
protect against environmental harm that results from or contributes to discrimination, to provide
for equal access to environmental benefits and to ensure that their actions relating to the
environment do not themselves discriminate.
The obligations of States to respect, protect and fulfil human rights apply when States are
adopting and implementing measures to address environmental challenges and to pursue
sustainable development.
Human rights abuses in Jammu and Kashmir state are an ongoing issue. The abuses range
from mass killings, enforced disappearances, torture, rape and sexual abuse to political
repression and suppression of freedom of speech. The Indian Army, Central Reserve Police
Force (CRPF), Border Security Personnel (BSF) and various separatist militant groups have

been accused and held accountable for committing severe human rights abuses against
Kashmiri civilians.
In a 1993 report, Human Rights Watch stated that Indian security forces “assaulted civilians
during search operations, tortured and summarily executed detainees in custody and murdered
civilians in reprisal attacks”; according to the report, militants had also targeted civilians, but to a
lesser extent than security forces. Rape was regularly used as a means to “punish and
humiliate” communities. Scholar Seema Kazi says it is used as a weapon of war by the state
against the population. A 2010 US state department report stated that the Indian army in Jammu
and Kashmir had carried out extrajudicial killings of civilians and suspected insurgents. The
report also described killings and abuse being carried out by insurgents and separatists. In
2010, statistics presented to the Indian government’s Cabinet Committee on Security showed
that for the first time since the 1980s, the number of civilian deaths attributed to the Indian
forces was higher than those attributed to insurgents’ actions. The Indian Army claims that 97%
of the reports about the human rights abuse have been found to be “fake or motivated” based
on the investigation performed by the Army. However, a report by the US State Department said,
“Indian authorities use Armed Forces Special Powers Act (AFSPA) to avoid holding its security
forces responsible for the deaths of civilians in Jammu and Kashmir.”