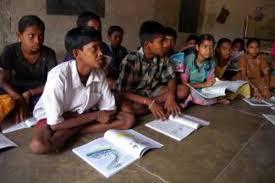 It is believed that various global and national problems may be solved through the practical application of human values in every society. In order to fulfill this, goal humanity is to be considered as the highest value in the global human society. For, the test for humanity is to achieve unity among the living and non-living creatures of the world with the preservation of historical, ethnic and cultural differences as well as the distinctiveness of nation states and communities. Such human unity can be driven home only by recognizing human values such as truth, kindness, benevolence, peace, love, dignity, respect, forgiveness, etc. Of course, these values must be strictly determined and must not be treated as mere obligations. Hence, the most important task for philosophy students is to develop foundations and principles of a global human society and to formulate a global consciousness and a humanistic worldview that adequately reflects the realities of our epoch. Our action must increasingly be based on an acknowledgment of global and universally accepted values. Because, it is the human values which are to be treated as the keys to solving the global problems.

Meaning of Values:-
Values are generally regarded as the moral standards of human behaviors in the society. It is a kind of quality of humans, which is applied to human activities. It is transmitted to a circumstantial factor which depends upon the judgment of the fact. The word ‘value’ is derived from the Latin word ‘valeo’ which originally meant strength and also health, and then by natural transition, it came to mean being effective and adequate. In French the term ‘valeur’ means excellence. Value is a mixture of three concepts such as Idea, Quality and Supervening. Values can be defined as the principles that guide people’s lives, and have varying significance. Values are the essence of our personality, and affect us to make decisions, trust people, and arrange our time and energy in our social life. Values may be treated as keys to solving many world problems.

Crisis of Human Values in the Present Age:-

A crisis is any event that is expected to lead to, an unstable and dangerous situation affecting an individual, group, community, or whole society. Crises are deemed to be negative changes in the security, economic, political, societal, or environmental affairs, especially when they occur abruptly, with little or no warning. More loosely, it is a term meaning ‘a testing time’ or an ’emergency event’. Value crisis is one of the burning problems in our daily life. Dowry system, divorce, abortion, animal sacrifice, superstitious beliefs, etc. are the burning problems in the present human society. These are ever growing problem. In order to uproot these, we provide value orientation classes so that, we may develop the optimum level of thinking. Women are actually facing existential crisis due to insecurity because of gang-rape, molestation, etc. Some people violate social norms, morality and ethics, penal code, constitutional and legal norms and people very often utilize freedom in the ultimate sense, consequence upon which we are facing problem in the society. Everybody is going to fulfill his or her need by utilizing ultimate freedom. He or she forgets the responsibility to society and tries to enjoy freedom in the ultimate sense. This is really a serious value crisis being faced by the present society.

Modern human society seems to be valued on the basis of material thing and its position. For instance, these days, a person who possesses wealth is respected and revered whereas a person without money is not honoured by anybody. The poor people, whoever they may be, have to woo the rich people just for the sake of earning their livelihood. Hence, human values have become neglected and meaningless, for human beings have become the means for the rich to earn money. People are so busy with earning material things that they have no time and no desire to think about the plight of humanity. For the self-centred there is no place for feelings of mercy, sympathy or kindness, etc. Nowadays, those who occupy high posts are respected. Thus, dignity seemed to be attached to a post or rank. Today, educated people are so proud of their degrees that some of them detest illiterate people and avoid the company of commoners. Thus, they shun village life and live in towns or cities. Village people are deprived of all life’s amenities. They are the candlestick of civilization: they stand erect with the candle resting on their head. Everyone gets light from it, while they suffer the discomfort of the wax trickling down their sides.