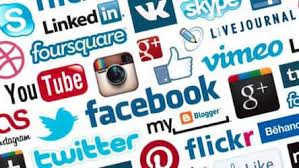 Spreading of fake news and content which spreads negativity has increased so it needs to be regulated and taken care of so that the situation can be controlled. It’s true that the media is the fourth pillar of democracy and it should be free, but being free doesn’t mean that they can broadcast or write anything. Sometimes there is some information or news that should not be directly shown to the audience or there are some rules or regulations which need to be followed for certain things.  Mass media like television and newspapers are under broadcasting agencies but social media and all other OTT platforms don’t come under these broadcasting agencies. So, there has been an increase in the spread of fake news, posts, information and content on social media and all other applications which were made to entertain people.  Entertaining people doesn’t mean anything could be allowed to show, there are different types of people who vary from each other in every aspect so it is needed to check that any content or information doesn’t hurt feelings of others.

Government of India has come up with new order where news portals and content providers such as Netflix and all other online platforms will come under government rules and regulations, this will be the first step to regulate digital media. All the streaming platforms such as Netflix, Amazon prime, will now come under the jurisdiction of the information and broadcasting ministry. An order has been issued to bring the regulations of news portals and content providers under the authority of the Ministry of Information and Broadcasting. News on social media platforms such as Facebook, twitter and Instagram will also come under the ministry as will audio-visual content on online platforms too according to the latest announcement of the government.

Apar Gupta executive director at the Internet Freedom Foundation said that the order has been set out to clarify the overlapping jurisdiction between the Ministry of Information and Broadcasting and the Ministry of Electronics and Information Technology. Online news media portals as well as OTT streaming platforms will now come under the jurisdiction of the information and broadcasting ministry, said Mr. Gupta in a media interaction. However, this was not clear if the news portals from other countries would be included or not.

According to local media, the government will pass a law in Parliament to detail the regulation of online media. Electronic media in India is regulated by the Cable Television Networks Act 1995, there no law or body to look for digital content in the past.  The recent order came after the Supreme Court asked for an answer from the government last month after listening to a petition to regulate content on OTT platforms. In September 15 live streaming platforms announced self-regulation after right-wing activists called for regulation of online content.

India’s Bollywood film industry is censored by the Central Board of Film Certification but Netflix, Amazon Prime Video, Zee5 and other OTT platforms, which have become very popular particularly during the pandemic, are unregulated. Right-wing and conservative elements in the country, many of whom are the supporters of the ruling government, have been saying there is need to regulate the content on OTT platforms like Netflix and it came up ostensibly because online platforms are showing films that do not come under the regulatory ambit of CBFC and they say you are showing a lot of explicit scenes which depict sex and violence, The aim of the government behind this move is to control online media, both fiction and non-fiction.

Siddharth Varadarajan, founding editor of thewire.in news website, says,  “All the restrictions that exist on regular media such as the law of defamation or various other constraints, they all apply to digital media. In addition to that, digital media has the burden of compliance with the Information Technology Act which does not apply to newspapers and news channels. “In his view, digital media is already regulated and if the government is looking for an additional layer then this is not a healthy sign and no democracy has this kind of a thing. That in itself should give us reason to be cautious.” let’s see if his points are considered or not while bringing in the new laws to regulated social media and OTT platforms.