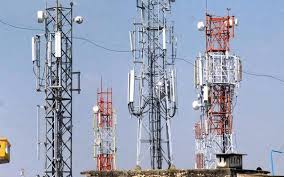 Telecommunications have been recognized the world-over as an important tool for socio-economic development of a nation. It has become core infrastructure required for rapid growth and modernization of various sectors of the economy. There has been a phenomenal growth of the telecom sector in terms of subscribers and revenues over the past one and a half decades in India. Today, India is amongst top three of largest and one of the fastest growing telecom markets in the world. The Indian telecom industry has grown from a tele-density of 3.58% in March 2001 to 78.13% in February, 2015. This great leap in both the number of subscribers and revenues from telecom services has contributed significantly to the growth in GDP and employment.

Telecom towers are critical installations on which the backbone of mobile communication rests. These are essential for realizing the vision of inclusive growth. The success of initiatives like Digital India, Smart Cities and right to Broadband, which the Government intends to implement in mission mode, depends on this critical and essential infrastructure. Mobile communications play important role in social and economic growth and disaster management for which mobile towers are a pre-requisite. A robust and scalable mobile infrastructure including towers is must for universal access to communication, effective delivery of services to citizens and financial inclusion. Realizing the significance of mobile towers, Government of India has included it in the harmonized list of infrastructures vide its Gazette notification dated 27-03-2012. Simplifying the sectoral policy for Right of way, for laying cable network and installation of towers, has also been incorporated as one of the strategies for achieving the broad objectives of the National Telecom Policy, 2012.

Cell phone tower radiation is very harmful. It disrupts your body’s own EMFs, causing many kinds of health problems such as headaches, memory loss, cardiovascular stress, low sperm count, birth defects and various types of cancer. There are literally hundreds of peers reviewed scientific studies by non-biased scientists from all around the world that show these harmful health problems. Radiation of sufficient intensity heats tissues, but the energy is insufficient to cause ionization, hence it is called non-ionizing radiation. These non-thermal exposure levels have resulted in biological effects in humans, animals and cells, including an increased cancer risk.

There are reports of harmful effects of EM radiation on birds, bees etc. Animals that depend on the natural electrical, magnetic and electromagnetic fields for their orientation and navigation through earth’s atmosphere are confused by the much stronger and constantly changing artificial fields created by technology and fail to navigate back to their home environments. On this, the Agricultural Research Service, US Department of Agriculture has said that despite a great deal of attention, neither cell phones nor cell phone towers have any connection to Colony

Collapse Disorder (CCD) or poor honey bee health. A study was conducted in Germany to find whether there is any connection between

CCD and radiation effects12. The study examined whether a particular type of base station for cordless phones could affect honey bee homing systems. However, causality was not conclusively established viz. the

base station has nothing to do with CCD. Stefan Kimmel, the researcher who conducted the study and wrote the paper, e-mailed ‘The Associated Press’ to say that there is “no link between our tiny little study and the CCD-phenomenon … Anything else said or written is a lie.” In addition, apiaries are often located in rural areas, where cell phone coverage can be spotty. This makes cell phones or cell towers unlikely to cause CCD

behavior in a substantial manner.

EMF radiation is a fact of life. Most human beings are exposed to some form of EMF radiation on a daily basis. In the context

of the telecom industry, such radiation emanates from towers and mobile

a scientific basis. In the absence of being founded on science, the regulation/standard could be assailed as arbitrary. Moreover, it could end up limiting growth of industry merely based on a presumption. Surely, that could be a way forward for India. More studies have to be undertaken, especially so India specific studies. And, until those studies are completed and results validated, we need to be careful on how we approach EMF radiation.