LARGEST CASTELS IN THE WORLD 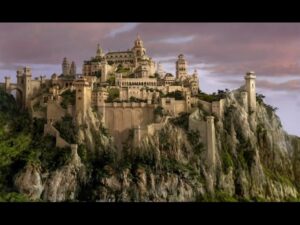 A castle is a type of fortified structure built during the Middle Ages predominantly by the nobility or royalty and by military orders.

The word castle is derived from the Latin word castellum, which is a diminutive of the word castrum, meaning “fortified place”.

The Parts of a Castle: –

At the heart of a castle is its tower, known as the keep.

The number of floors within the keep depended on its size and the wealth of its owner.

All Keeps contained a large room known as the Great Hall.

A strong wall was built around the outside of the keep and the bailey.

The enclosed area between the inside of the wall and the keep.

The castles front door was very well protected. The gatehouse faced the only bridge over the moat.

A deep, wide ditch surrounding the whole Castle complex. Castles were built near a water supply such as a river, stream, lake or spring. Some castle moats were up to 30 feet deep and usually measured at least 12 feet in width.

Some of the 15largest castles in world are listed below: –

Burghausen Castle might be significantly smaller than most other castles on this list but we feel it deserves an honorable mention because it’s the longest castle in the world.

The castle complex itself isn’t as big as some other castles on the list but the total property of the castle stretches across 85 acres (two times the size of the Vatican).

The castle was built by the Almoravid (Berber) dynasty in the early 12th century as a fortress. However, throughout the years, the castle was a royal palace and even a military academy.

The castle is relatively big; it has 77 staircases and 426 rooms but its size is nothing compared to the biggest castles in the world. The reason why this castle is on our list is the garden that surrounds the castle.

The total size of the complex is “only 35,737” square meters which might seem tiny compared to some of the above-mentioned complexes, but have in mind that most of these 35,737 square meters consist of actual buildings and not parks/forests.

Aleppo is one of the oldest cities in the world and the citadel protecting the city is one of the world’s oldest castles. The citadel sits atop a 50-meters-high hill in the heart of Aleppo and the majority of the castle’s construction dates back to the 13th century.

Himeji Castle is arguably Japan’s most beautiful castle and one of the rare medieval buildings that escaped the havoc of wars and natural disasters. The fort around the castle was built in the 14th century and it expanded throughout the years.

Buda Castle is one of the most famous and largest castles in the world. It was built in the 13th century after the Mongol attacks and throughout the years.

This list of the largest castles in the world couldn’t be complete without Windsor Castle, the largest inhabited castle in the world. The castle is one of the official residences of the Queen who spends a lot of her weekends there.

According to the Guinness Book of Records, this is the world’s largest castle. Spanning over 66,761 square meters, Prague castle features a myriad of exciting sights, including the beautiful St. Vitus Cathedral and the charming St. George’s Basilica.

There are many more castles to be added on this list because list never ended each and every time some new castles make there place in list .