Malvika Hegde Appointed as the new CEO of Coffee Day.

Malvika Hegde Appointed as the new CEO of Coffee Day. 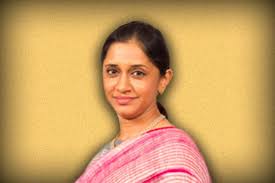 Whenever we think about coffee with the fun we always have the name of one place in our mind. Cafe coffee day this place has always been the sweetest part of our fun memories. This place has been a part of many meetings. If you are fond of drinking coffee (coffee) then it is necessary for you to visit Cafe Coffee Day (Cafe Coffee Day) shop. Yes, the same coffee restaurant where classic coffee, filter coffee, and eye-opening espresso, you take was founded by VG Siddharth.

More than a year when V G Siddhartha CEO of CCD was found dead of suicide then many of us thought that our fun place is now going to be closed. But now Malvika Hegde wife of late V G Siddhartha has been appointed as the new Chief Executive Officer of Coffee day. She is the daughter of former Karnataka chief minister SM Krishna.

Last year in July, Cafe Coffee Day came into the news after VG Siddhartha mysteriously disappeared after stepping out of his car for a walk at a bridge near Mangaluru in Karnataka.

Two days later, authorities recovered his body from a close-by river. His death was declared a suicide. VG Siddhartha took the step after coming under immense financial stress, of Rs 11,000 crore. In an unverified letter, he had also claimed harassment from Income Tax officials. After his death, S V Ranganath an independent board member of Coffee Day Enterprises was appointed as the interim chairman of the group.

Across India, this Bengaluru-based coffee chain Cafe Coffee Day runs many shops that make cappuccinos and lattes for their customers. Cafe Coffee Day competes with the likes of Barista, Starbucks Corp, and Costa Coffee Co-owned by Coca-Cola.

V G Siddhartha 59, was widely recognized for bringing cafe culture to the tea-loving country. Before CCD, people used to consume beverages like tea or coffee at home or tapri. While it’s advertisement was done with India’s early risk capital investors. As the news of his death unfolded, his death plunged the corporate into an uncertain future and saw the crash in the shares of Coffee Day Enterprises. Before this, on February 3 he was suspended from trading.

In the first quarter, the company had to close 280 of its stores. Not only this, but the daily sales of the company had also decreased significantly. The average sales for one day decreased from 15,739 to 15,445 between April and June as compared to the previous year. Cafe Coffee Day has established a new market for coffee growers in Kodagu and Chikkamaguru.

Son of a coffee planter was born in the coffee heartland of Chikmagalur. Originally an investment banker, he found his chain in 1996, more than a decade before Starbucks Corp. He used to keep the programmers of India’s IT hub Bangalore caffeinated. In his widespread empire, he was known to work as a waiter to get an insight into his customers and the life of the staff.

You can call Coffee Day the Starbucks of the middle-class people. CCD was known as India’s answer to Starbucks. Cafe Coffee Day’s more than 1,700 outlets have overspread the cities and highways at its peak. Cafe Coffee Day with its tagline “A LOT CAN HAPPEN OVER COFFEE” offers the most affordable options to its aspiring customers.

After Malavika took over, it is believed that the company’s position will improve rapidly. It is also expected that soon the closed stores will also open.