Myth vs Reality on subsidies being enjoyed by the farmers 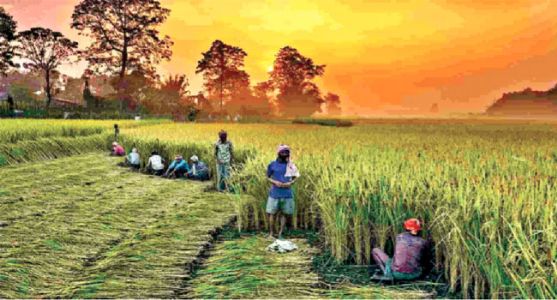 Myth vs Reality on subsidies being enjoyed by the farmers:

Over the past few days, we have been hearing and reading everywhere about farmers protest, farm bills, people calling the innocent farmers as khalistani, terrorists and associations with political agenda. It has always been seen that our farmers otherwise also have been committing suicide because of debt, unemployment, family responsibilities, increased cost of cultivation, and crop failure.  And now the GOI comes with new bills and is saying that these bills are going to benefit the farmers in the times to come, which I guess only they know how! The poor, old farmers have been sitting in the cold biting winters on the roads so that their future is safe and secure. And there are people who are saying that the protest is fake, uncalled for as farmers already get lot of benefits in the form of subsidies, which is a MYTH: Myth that the subsidies are only enjoyed by the farmers, as the REALITY is that the actual beneficiaries are the big fish, big shots of the country.

When it comes to subsidy it is not only the farmers availing it but it is also availed by Amber, Dixon and Blue star various makers of Apple I phone, successful pharma companies and auto ancillary companies. Subsidies to rich borrowers who took loan up to 2CR Rupees during lockdown should also be seen with the same eye.

What I want to say today is that no nation is free from problems but let us become a nation where a viable solution is given to the people by the Govt., so that the growth of nation is not hampered. Rather than playing politics against the innocent people, the Govt. should mobilize their intellect and eminent economists to take correct and rationale decisions. I hope and pray that the plea of the farmers- our Anndata is heard soon and three bills are repealed soon.