OBESITY EPIDEMIC SEEN AS A DISEASE

OBESITY EPIDEMIC SEEN AS A DISEASE 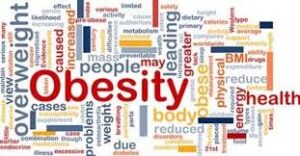 Obesity is a complicated public health issue that medical experts are now acknowledging has multiple factors. These include physical, psychological, and genetic causes. Doctors consider obesity to be a condition in which a person develops excess body fat, also known as adipose tissue. Sometimes doctors may use the term “adiposity.” This term describes the state of excess fat tissue in the body. Carrying this extra fat can cause health complications, including type 2 diabetes mellitus, high blood pressure, and coronary heart disease.

Obesity rates are unprecedented in human history and should be regarded as a public health emergency. The obesity epidemic started in the 1970s, initially in the US and subsequently spreading worldwide.1 Approximately 60-80% of adults, and 20-30% children in most Western countries are now overweight or obese, which is unprecedented in human history.

Obesity is not just a cosmetic or lifestyle problem. In parallel to the obesity epidemic, we have seen an increase of metabolic diseases, such as diabetes, non-alcoholic fatty liver disease, not just in adults, but also in children.5 Currently, the global prevalence of diabetes is 8.8% and pre-diabetes is much higher.6 Additional physical complications include osteoarthritis, cardiovascular disease and several cancers.7 Furthermore, the prevalence rate of eating disorders has also been increasing, and is now the highest among those with class III obesity.8 9 A recent population-based Australian study examined the trends from 1995 to 2015 and found significant increases in the prevalence of both obesity (19 to 33%) and binge eating (3 to 11%). The highest increases were in the prevalence of obesity with comorbid binge eating (7.3-fold), or obesity with comorbid very strict dieting/fasting (11.5-fold).

Overweight and obesity result from the interaction of many factors, including genetic, metabolic, behavioral, and environmental influences. The rapidity with which obesity is increasing suggests that behavioral and environmental influences, rather than biological changes, have fueled the epidemic. Increasing energy consumption, decreasing energy expenditure, or a combination of both has led to a positive energy balance and a marked increase in weight in our society

A recent, carefully controlled human trial confirmed that participants consumed 500kcal/day in excess when they were placed on ad libitum, ultra-processed diet, as compared with a minimally processed one, with profound changes in metabolic parameters.18 The appetite-suppressing hormone peptide tyrosine tyrosine (PYY) increased during the unprocessed diet as compared with both the ultra-processed diet and baseline. In contrast, the hunger hormone ghrelin, fasting glucose and insulin levels were increased during the ultra-processed diet. This is a ground-breaking randomised controlled trial, demonstrating that ultra-processed foods lead to overeating in humans through altering multiple endocrine pathways. The decades of guidelines promoting reduced calorie intake and increased exercise have been ineffective in halting the obesity epidemic,19 despite this message being amplified by the diet and weight loss industries. The ‘eat less and exercise more’ message may have also contributed to the increasing rates of eating disorders, which affect now 4-6% of the population. A recent large study showed since the 1980s BMI has increased for both genetically predisposed and non-predisposed people, confirming that the environment remains the main contributor to the obesity epidemic.

The prevention of severe obesity in adolescents is paramount, and bariatric surgery will not stop the progression of the disease. Continued efforts to work with government and the food industry to ensure that healthier food and increased physical activity are available for all children through communities, schools, and other avenues are important if the increase in severe obesity is to be halted. Because lifestyle interventions early in childhood may be effective, these should be instituted. But for adolescents with severe obesity for whom conservative medical treatment has failed, the present study indicates that surgery can result in substantial weight loss and resolution of coexisting conditions. Thus, it may be beneficial to consider such adolescents for bariatric surgery, before they reach adulthood, when some conditions become less reversible.