PEDAGOGY OF OPPRESSED: DECODING THE LEGACY OF WEST BENGAL VIOLENCE 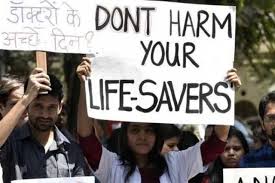 The violence in West Bengal has always been romanticised by the demagogues. In an unfortunate continuum of extreme violence, Bengal’s politics has been spearheaded by Trinamool Congress, which paints a very gory picture of the state. Several incidents are responsible for perpetuating the violence under which the whole of West Bengal burns. In one of the recent instances of violence, various parts of the city of joy plunged into an unabated turmoil, triggering a string of accusations from Trinamool without any concrete evidence.

Political violence has always been an integral part of Bengal’s history. The forms of such violence – over time – have mutated and transformed themselves.

With the objective of highlighting the divergent pulls of violence, the focus will be on pre-independence anti-colonial armed struggles led by clandestine groups like Anushilan Samiti, Jugantar, the militant Tebhaga peasants’ struggle for one-third crop share, communal bloodshed of the 1946 Great Calcutta Killing, the 1970s armed Naxal insurrection, and later Left Front government-sponsored violence against Marichjhapi refugees, to the epoch-changing Nandigram and Singur movements.

The incident made headlines as Singh’s turban fell off when he was jostling with the police. While videos of the incident went viral, the state police accused him of carrying a firearm, the licence for which they claimed, was not valid in West Bengal.

The controversy over a turban of Sikh man falling off during the Bharatiya Janata Party (BJP) march earlier refused to die down even after West Bengal police said the turban had fallen off “in the scuffle”.

On Saturday, BJP leaders raked up the issue afresh and some tweeted visuals of the incident during Thursday’s rally. The BJP national general secretary Kailash Vijayvargiya raised the issue on Saturday and questioned the silence of Chief Minister Mamata Banerjee. Mr. Vijayvargiya said that the incident amounts to “insult of religious sentiment”.

Former governor of Tripura Tathagata Roy, who is seeking to play an active part in West Bengal politics, tweeted videos of the incident and accused the police of “mercilessly beating up and snatching and untying the turban of Sardar Balwinder Singh”. The West Bengal police has denied all these allegations saying it respects all religions.

“The officer specifically asked him to put his pagri back before the arrest. The attached photo has been clicked right before he was escorted to the police station. We remain committed to our duty to uphold law and order in the State,” the WB Police said on social media.

Videos of a firearm recovered from the 43-year-old Mr. Singh during the rally were also aired by local television channels. He was arrested after recovery of the firearm.

“The pagri had fallen off automatically in the scuffle that ensued, without any attempt to do so by our officer. It is never our intention to hurt the sentiments of any community,” the West Bengal police said.

The state government had said that a political outfit (BJP) was deliberately giving “communal colour” to the incident involving Singh to serve its “narrow partisan interest”. Singh’s turban, it insisted, had come off during a scuffle with the police.

In delineating diverse aspects of the state’s legacy of violence, the article suggests how contemporary violence, centred around political parties and aimed at controlling electoral turf, stands in sharp contrast to the philosophies that spurred the earlier forms of violence the state had witnessed.