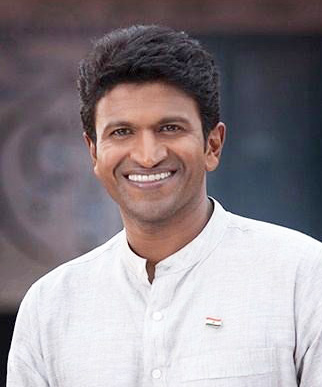 Puneeth Rajkumar sandalwood super star died on 29th October during afternoon due to cardiac arrest while he was working out in the gym at Bangalore.
Kannada superstar also called Power Star Puneeth Rajkumar passed away due to cardiac arrest on Friday, the 29th of
October. While the Actor was working outin the gym he was feeling discomfort experiencing In his chest( Chest pain)
immediately he was admitted in the hospital . Actor was admitted to Vikram Hospital and was given treatment in the In
the ICU . After the efforts of the medicals faculties the actor didn’t give response to the treatment . There was given an announcement that the actor has deceased 46-year-old at 2:30 pm on the 29th of October, 2021.
Simultaneously the Government of Karnataka gave an High alert message to the police battalions deployed immediately.
Announced to close the theatres in Karnataka.
PERSONAL LIFE: Puneeth Rajkumar was born on 17 March 1975 – 29 October 2021 also known as
Appu by his fans . Puneeth ( Lohith Rajkumar ) was born in Chennai to the Dr Rajkumar ( versatile actor and singer in
sandalwood industry) Parvathamma Rajkumar. He was their fifth and youngest child. His siblings was his sister Poornima and his elder brother, Shiva Rajkumar, is a popular actor in sandalwood industry . Puneeth married Ashwini Revanth from
Chikmagalur on 1 December 1999. They met through a common friend, and had two daughters: Drithi and Vanditha Director V. Somashekar cast Puneeth (then known as Lohith) onscreen when he was six months old in his thriller film Premada
Kanike (1976), and Aarathi. Puneeth was involved in philanthropy with his mother at the Shakti Dhama ashram in
Mysore and owned the Bengaluru Premier Futsal team and the actor also have 45 free schools,26 orphanages, 16 old age home, 1800 students education and also donated 2 eyes of his In 2012, Puneeth hosted the first season of Kannadada Kotyadhipati . Puneeth was a brand ambassador for Karnataka Milk Federation’s Nandini Milk products, LED Bulb Project, 7 Up (PepsiCo), F-Square, Dixcy Scott, Malabar Gold , Gold Winner,Ziox Mobile, Pothy silks, Flipkart
and Manappuram, and was a brand ambassador of the Indian Premier League cricket team Royal Challengers Bangalore. Puneeth also owned a team in Premier Futsal, Bengaluru Puneeth was the founder and owner of the music label PRK Audio with over 1 million subscribers in YouTube.
The actor was an Indian actor, playback singer, television presenter, and producer who worked primarily in Kannada cinema.