One story goes that during 9th century, St Andrew appeared in the dream of King Angus ,who was then preparing for war against the English, promising victory and so on the battle day, an X symbol appeared in the sky which was the symbol of St Andrew. The king vowed if they won , St Andrew would be made the patron saint of Scotland. And thus, so happened and till today , the flag of Scotland is in the symbol of St Andrew. 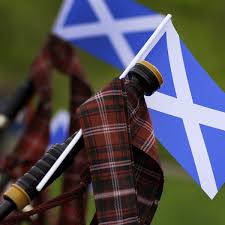 St Andrew’s Day is not an official holiday in the country. People celebrate the day in various ways. There also exist St. Andrew’s societies where on this day, people meet and certain activities take place. People of Scotland devour on a special dish called “ceilidh’ or traditional food like ” Cullen skunk”  and also does Scottish country dancing.