The Maiden Independence Speech of Our First Citizen of India 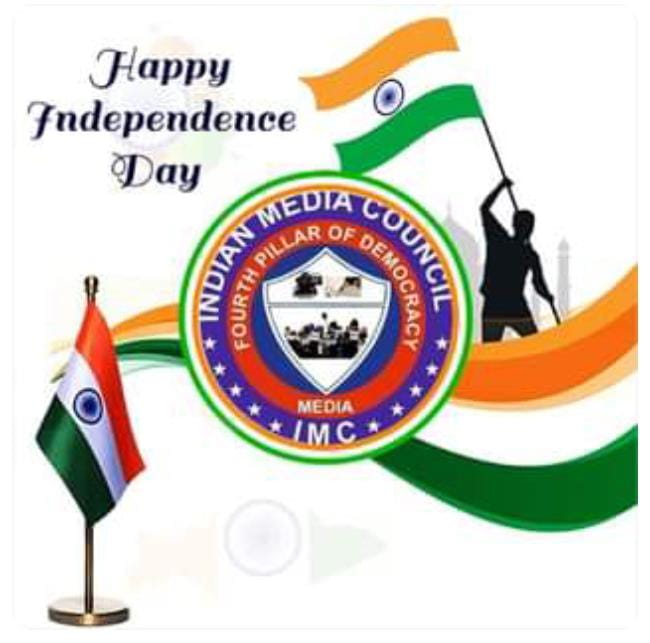 The first citizen of India delivered her maiden speech in the proudest minutes of “ Azadi ka Amrit Mahotsav”.  This is the first time in the History that the women admired and their sufferings are acknowledged. She started her speech by sharing the proudest movement by sitting our own ground and with eagle’s pride. She also make us to go back to the History by observing August 14th as “Partition Horrors Remembrance Day” , it will remain as the scar which will make as to think and promote the unity, harmony and empowerment. It was this day we craved our own path with the sweat and blood of the freedom fighters. She remembers us the day we were the synonyms of poverty and illiteracy and now we are in the position were the world looking proudly to us. The definition of democracy was defined in the terms of economy in different countries and the Democratic India became skeptical for so called ‘developed countries’, but now our country proved that we practice our democracy not in our speech, it is enriched in us.

She mentioned that how modern Indian Philosophers gave equal opportunity to participate in Indian Democracy by giving equal rights to vote, where most of the civilized countries women forced to snatch the opportunity from the Government. Indian Philosophers were put their effort give equal space to participate in the journey of our national building. This became fuel to the potential to preserve our democratic policies in every citizen’s mind.

It has been seventy-five weeks the nation paying bow to the National idols who become the reason to this opportunity. We started our journey of “Azad Ki Amrit Mahotsav” from March 2021 by recreating the Dandi March, from there we remembered every stained milestone which became the histories in the world map. She said how the citizens contributed to the country in this journey.

The Freedom struggle stories is an epic where most of the heroes in the dark after they passing the torch of truth and Azadi to the future generation, we cannot forget the tribal heroes and peasants who became path of the journey, so the government will observe November 15 as “Janajatiya Gaurav Divas”. Being an ancient civilization, the seventy-five years is just a blink of an eye to the outside, but for us it’s a life time, every senior citizens of our country cherishing the hard toil of the journey in Post Independent country. How we walk through the thrones to reach still this way.

Now its time to climb another mile stone “Amrit Kaal” the 25 years to the celebration of the centenary of our Independence. We are dreaming about 2047 where we will fulfil the dream and vision of freedom fighters, we mould their dreams of Dr. BR Ambedkar and eminent personalities who drafted the constitution.

She also gave a short glimpse about our journey in Covid Pandemic, how we appreciated and become an example for the quick reaction, we manufactured our own vaccine   and reached to the milestone of 200 crore vaccine coverage, which is another leap in the History, we set example to the developed countries who were shaken in the unexpected scenario, our scientists, doctors, nurses, paramedics and staff deserve a bow and they made our country more powerful.

During the Pandemic era many of the countries troubled with the Economic crisis and are struggling to find an open way, our country is slowly raising from the ashes. India became fastest growing economies, the start-ups of country ranks high in the world, the growing number of Unicorns become mark to our Economic journey.

She also appreciated the Government policy makers for not following the global trend, and we are in the great velocity in the path of digital infrastructure. She also said how Pradhan Mantri Gati Shakthi Yogana integrated the transportation of countries in the three modes, which reflect in the growth of the country.

She also appreciated the contribution of farmers who initiated the journey of new entrepreneurs, she mentioned different policy including digital India and the National Education Policy will prepare the future generation for the Industrial Revolution by cherishing our heritage. By quoting different projects like “Pradhan Mantri Awas Yogana” and Jal Jeevan Mission will full-fill the basic necessities of every citizen which will ease our development.

As a first citizen of the largest democratic country, she wanted us to remember our fundamental duties follow with in its fullest, now our country is witnessing new spirit from the youth, farmers, and especially women, they broke the barricade of gender inequality and giving more contributions in social and political sectors. She acknowledged women athletes who brought proud moment to our country in Common Wealth Games and reached to the heights by becoming fighter pilots to space scientists.

She appreciated Geographic distribution of our nation and how nature blessed us, so its our duty to preserve our diversities when the nature face new challenges. Even though our country is famous for University in Diversity we are knitted in the same thread of “Desiyatha, the Indians must show our traditional culture to the globe and present our Yoga and Ayurveda to the world.

She again reminds us about our national duties by referring the verses of the Nationalist poet Kuvempu who enriched Indian Literature, he says how our ancestors sacrificed for their motherland to create a new India.

She concluded her address by sharing her trust and belief to the Youth who are in the shoes to build India 2047, she wished the greetings of Independence Day greetings to the Soldiers, the people who encaged in the missions in Abroad and the Indian Diaspora who making our country proud.