“WHEN BAHUBALI SENDS YOU BIRIYANI”. KAREENA KAPOOR THANKS PRABHAS 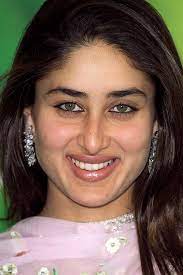 Prabhas sent dinner which consists of biriyani and other desserts, for his Adipurush co-star Saif Ali Khan and his wife Kareena Kapoor Khan.Prabhas is a South Indian Tollywood actor a superstar. In Adipurush Prabhas plays character inspired by lord  Rama Kriti Sanon to play sita’s role Kriti Singh essays its role Laxman as expected to be inspired by the demon king of Lanka Ravana a clear clarification on features Saif Ali Khan playing the lead Ravan Lankesh. Kriti Sanon was roped in to play the leading lady Sita in March this year. The film also casts Devdatta as Hanuman, Sunny Singh as Laxman, and Vatsal Sheth as Trupti Toradmal. The film is based on some tales of Hindu mythology Ramayana Henceforth. Om Raut is leading the project while T-Series and Retrophiles are producing it.

Kareena Kapoor Khan recently took to her Instagram stories on last Saturday to thank Prabhas for the delicious meal and also shared a photo of the Biriyani on Sunday , Prabhas had sent, Biriyani along with some dessert. In the
Insta story, she wrote, “When Bahubali sends you Biriyani it’s gotta be the best”. She further thanked him and wrote, “Thank you, Prabhas, for this insane meal”. The Heroine actor also added the hashtag ‘Adipurush’ in the story. Actor Kareena Kapoor Khan was all praise for superstar Prabhas for sending an “insane meal” for her and his ‘Adipurush’ co-star Saif Ali Khan.
Taking to her Instagram Story, Bebo took a snap of the mouth-watering food which included a big bowl full of biryani, dry-fruits loaded kheer and a gravy dish among other delicacies. “I am excited about working with a talented actor like Saif Ali Khan. To be featuring alongside such a great actor on the big screen is a matter of pride for me.” Prabhas said earlier
Prabhas said about the movie, “Every role and every character comes with its own challenges, but portraying a character like this comes with tremendous responsibility and pride. I am very excited to portray this character from our epic specially the way Om has designed it. I am sure the youth of our country will shower all their love on our film.”
The film’s writer Manoj Muntashir also shared details about Saif’s Lankesh in an interview to Mid-day. “Saif was recently trolled for his remarks about humanising Lankesh, but there is nothing offensive in the film. Saif was misunderstood. Raavan is perceived as an allblack figure, but in our film, he will be seen in all his shades. He will be shown as a flamboyant king, who was also cruel and sadistic.” Saif had earlier said that the movie will ‘humanise’ Lankesh which earned him the ire of a few
sections online. “The film is very unique and different. I am not concerned about Adipurush at all because the
director, the write and the entire creative organisation are highly educated in the material they are doing. It is impossible to
imagine them to put one foot wrong also as far as the correct portrayal of religion, history and mythology goes, they cannot make a mistake,” Saif Ali Khan told PTI. Produced by Bhushan Kumar, Om, Prasad Sutar, and Rajesh Nair, the film will be released in Hindi, Telugu, Tamil, Malayalam, and Kannada The film which is currently eyeing August 11, 2022, for its release had started production back in February.