CYBER CRIMES AND THEIR PRECAUTIONS BY INDIAN GOVERNMENT 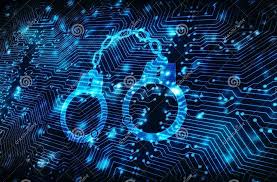 Today’s computers are the part of day to day life it includes all sorts of Information Technology (IT) such as computers, mobiles, Android, IOS and other software and hardware. Nowadays, it is difficult to imagine life without computers, mobiles but because of negligence or unknowing’s of the people about vulnerability of the Information Technology which can cost the people with their data security and helps the hackers to take advantage of such situation.

Computer networks and the internet were created for creation, storage and transfer of government and cooperate information that is very valuable to the right people. The creation of a digitized methods may have pushed making into 21st century but it did the same thing for criminals. They want what we have and the harder we make it for them to find, retrieve and utilize the more they will want to take it.

Cyber crimes really began to grow from early 2000’s when social media and e-commerce came to life. The surge of people putting all the information they could into a profile database created a flood of personal information and the rise if ID theft. Thieves used the information in a number of ways including accessing bank accounts, setting up credit cards or other financial frauds. First major wave of cyber crime with the proliferation of e-mail during the late 80’s it allowed for a host of scams and malware to be delivered to your inbox. The second wave in the cyber crime history timeline in the 90’s with the advancement of web browsers. At the time there were multitude to choose from, many more than today, and most were vulnerable viruses.

Just to put a break on such illegal activities laws are been formed all over world as cyber is a transnational issue, so as per the morals and illegal system of the country, all the country has created their own of cyber laws. The same way even Indian Government has taken some serious steps to prevent from increase in cyber crimes in India, Like the Indian Parliament has passed the Information Technology Act in 2000. It was commenced on 17th October 2000 and was implemented on 9th of June 2001 the Act was signed by the President of India and the Act was been applied all over the India on that day.

Information Technology Act was been framed to provide for legal regulations of transactions through computers, computer system, computer network. Information Technology Act, 2000 has extra territorial application for violation of any provisions of this Act. That if any person violates any provisions of this Act from foreign country which affects any computer, computer system or computer network in India then this Act is applicable in same way when one violates the provision of this Act being in India which may result India and Foreign Country.

Example:- IIT Graduate, Kharagpur  Mr.Verma was arrested for hacking which was committed from India and with joint collaboration of federal Bureau of Investigation of the US and Indian Agency CBI, he was arrested under Chapter XI of ITA from sec 65 to 78 it deals with the offences specifically deals with Cyber Crimes and Penalties.

Sec.66 of ITA applies to all section all acts committed with fraudulent or dishonest intentions. This is the comprehensive section that includes 10 different sub sections coming under sec.43 of ITA, 2008.

Sec.66(A) was struck down as violative article 19(1)(a) of the Constitution by the Supreme Court on 24th March, 2015 in (Shreya Singhal Case). Now the aforementioned cyber crimes may not be punishable under the Act however if they amount to be offence under any other enactment. The Cyber crimes are common and menace. The Parliament should re-enact Sec.66(A) consistent with the constitutional provisions, as Sec.66(A) also refers to as Cyber Stalking, Spamming and phishing messages are sent in a name other than that of a sender, that also becomes and offence covered under this Section.

Sec.67(C) provides punishment for intermediaries failing to preserve information in such form and for such period as may be prescribed by the Government of India for such data retention.

Sec.69 prohibits activities in cyberspace which goes against sovereignty, Integrity and Security of India and friendly relations with foreign states and prescribes punishment which is also a part of cyber terrorism So, Sec.70 prohibits any act in cyberspace which goes against the interest of the government. Sec. 71,72 and 73 and sec.73 deals with digital signature. Sec.75 deals extraterritorial application of the Act. Sec.76,77 and 78 are other preventive and controlling measures. And as more technology will be advanced and there will be changes made in the upcoming future in our legislature by the authoritative people.

Chapter X of the IT Act provides for establishment to the Cyber Appellate tribunal. Sec.50 to 52 provide for qualifications, terms of office, condition of service, salary and allowances. An appeal lies to it against the order of the adjudicating officer or of the controller (Sec.57). A further appeal lies to the High Court on the question of fact as well as law (Sec.62)

These are the steps and precautions taken by the Indian Government to protect its citizens from cyber criminals and crimes.