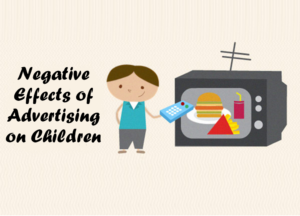 In today’s television is the most effective medium for children to get any information. Although we are living in an era of smartphones, 5G internet, still in some Indian family smartphones are not allowed to be used by the younger ones. So, Television is something which becomes infotainment. Television is the most efficient means of introducing brands. Through television advertisements, you can introduce your business to a wide variety of audiences. Advertisement through television not only influence the literate as well as the illiterate this feature makes it unique. People remember those things more which are creative and get the information through a small story. Still, many of us remember those advertisements which we have watched in our childhood. It is one of the best-selling media to target the audience. The basic aim of television advertisements is the popularization of a product or brand.

In the era of the internet, most of us are busy with our phones so television is something which we don’t watch on a regular basis. So, from this advertisement fulfill their needs cartoon are like serials to the children they can leave there one meal for a day but not a single episode of their favorite show. So in between of these shows’ advertisement are broadcasted which can affect children in a good or bad way. Advertising industries every year spent millions of dollars on those ads that will target children. According to a recent study, children spent more than 4hr every day watching TV, which means in these hours your child’s mind is bombarded with a lot of advertisements and no one actually knows in what way children are going to be influenced.

The positive effect of advertisement.

These are some of the effects which can affect the physical and mental health of the child, but there are two sides to each coin if something can affect them negatively then something can also give a positive impact as well. The advertisement makes kids aware of the new product launch in the market and also increases the knowledge about the latest innovation in the field of technology. Some of the advertisement is so convincing which is about a healthy food product that can help to improve the child mental and physical health.

Many of the advertisement also has the power to generate a passion for children, regarding their future such as becoming a doctor, teacher, engineer, etc. Ads that present the children of the same age group in such a way that they helping their mother in the house respecting their elders gives a huge impact on the children mind.

The negative effect of advertisements.

Advertisement they watch are not just those which are children friendly. There are varieties of advertisements through which children are going to be influenced in a different manner. Even before children understand the purpose of advertising then also they are going to be influenced by tobacco ads. Teenage is a time when youths struggle to form an identity and independent from their parents, at this age to get fit into the definition of cool society many of the children adopt the habit of consuming tobacco, and this plays a key role in acceptance by their peers.

Many advertisements these days use young women and men to attract buyers. This advertisement has a serious negative effect on children thinking due to this many of the girls or boys are becoming body conscious just because of this the physical development of the child is affected.

Advertisement encourages children to buy those products which they have seen in the ad regardless of whether they need it or not. Children can also misinterpret the message that is conveyed in the commercials.

Advertising has adverse effects on children in both positive and negative ways. Children tend to discourage that the influence of such commercials is negligible when they decide to smoke or consume alcohol. Peer pressure actually is the dominant factor that drives children’s such habits. The role of commercials in influencing their decision cannot be overlooked at the same time.