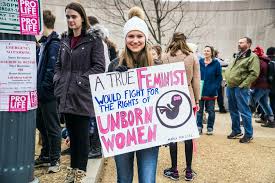 An estimate published by the WHO indicates that 1 in 3 women worldwide has either experienced physical and/or sexual intimate partner violence or non-partner sexual violence in their lifetime. There is a large possibility that we have interacted with, or are close to someone who has been a victim of harassment or abusive behavior. As our society progresses, it’s important to look back on the issues that we face and try and change them. But the first step on the path of change is acceptance.

Having been born and brought up in the social media generation, I have had the first-hand experience of deep-rooted conscious and subconscious patriarchy. Even though we may be progressing as a society, we tend to brush uncomfortable topics under the carpet. In the wake of the Me-Too movement, many celebrities came out and described their own experiences of harassment and assault, which motivated many women, and men worldwide to become more comfortable in sharing their stories.

Despite what certain sections of society try to prove, feminism means the equality of men and women. The movement stemmed as a result of the disproportionate lives that men and women, led for centuries. Women were objectified and merely homemakers. They wanted political and sexual equality. In the wake of these issues, the feminist movement began in the 19th century. This impacted societies all over the world. Since then, there has been a tremendous positive change in the lives of women. They were given voting rights, proper education, jobs, and respect in society. But the battle is not over

What is the need for feminism in the 21st century?

Marital rape is still legal in India. Even though several laws are in place for equal pay, women in America make on average $0.8 to a white man’s dollar. Only 7% of top executives in Fortune 100 companies are women. Social media has allowed men to continue objectifying women and make them strive for unnatural bodies to fit their distorted mindsets.

Now more than ever, men’s views of how women’s bodies should be are getting spoiled. Social media models and movie actresses have made women want to strive for unnatural bodies. In today’s day and age, every part of a person’s body can be changed. Even though it may be a positive thing in certain aspects, overall, it continues to make someone feel insecure about themselves. That’s not to say that men don’t go through body dysmorphia, but women tend to go through it more often.

According to the Census of India 2011, literacy of females is 65.46% as compared to males which are 82.14%. This also has a direct impact on higher education being offered to women. In engineering and technology, enrollment of male students is 71.1% as compared to female enrolment which is just 28.9%. About 22% of women are part of the workforce in India. In many regions of India, girls are considered a burden and are married off as soon as they are of age.

The Thomson Reuters Foundation ranked India as the most dangerous country in the world for women.  This is because several instances that harm women like acid attacks, child marriage, and physical abuse continue to persist in Indian society. About 91 rapes are reported in India every day. In 2017, more than 32,500 cases of rape were registered with the police. Out of the registered cases, about 30% of the victims were children. By the end of the year, courts disposed of about 18,300 cases leaving more than 127,800 cases pending. This means that even if rape has been registered in the court in India, there is a very high chance that the case will not be closed. This is an extremely daunting reality for all women in India

In May 2020, a female law student posted a video on Instagram that went viral with over 1.7 million views as of 2 September 2020. She made an 8-minute video titled ‘I am against today’s feminism’ where she spoke about how she disagrees with women trying to gain supremacy over men. While I believe that women should not simply be respected because of their gender, it is also important to realize that in many parts of the world women still aren’t given basic human rights and are treated as second-class citizens.

UN Women released a list of interventions that worked to end violence and mistreatment against women in our daily lives. These include the education of boys and girls, increasing women’s participation in decision- making processes, and addressing social norms and gender stereotypes within cultures and societies.

Therefore, even though we as feminists may not be fighting the same battles as our ancestors, we have the same purpose. Equality and freedom.