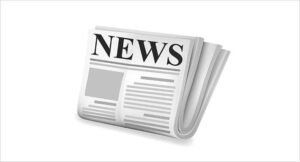 As you all know print and digital media are dependent on advertisements for their maintenance. The major part of finance and revenue for every media house and publication comes from advertising only. This Covid-19 situation brought economic issues for every industry. Similarly, the media industry also had to go through a lot. Many journalists had to adjust with pay cuts and also many of them lost their jobs. After the bad phase in news agencies finally some good news came for the print media. Finally, the festive season brought happiness to the Indian print media agencies.

According to the latest date presented by TAM AdEx, print media got the highest number of advertisers between October and November both in the year 2019 and 2020 compared to the other traditional media like television and radio. In television there were a total of over 3400 advertisers between October and November this year, while for radio there were around 2800 plus total advertisers. If compared in the same period of time for print media there were 30,900+ advertisers.  If we look at AdEx data from past months and the number of advertisers both national and local, it is proved that the happy days of print are back.

While ad volumes and revenues have been growing steadily from month to month since April 2020. The festive period again confirmed the immense power of print media. The clear choice of advertisers to choose print media gave the confidence and consumption in the economy. The sales and solution team of The Times Group grew up their efforts to boost consumer and advertiser’s confidence since August with regular messaging. It was a good beginning to the festive period with multiple bumper issues around the main markets. Getting full confidence of advertiser’s, print media improved circulation and gave a great response to advertising, the festival was hopeful and looked promising of better times for print media agencies.

The festive spirit and emotions were of great help for print media. The Times Group got good responses and their numbers were as good as last year. Dhanteras Times Of India saw editions of 70-80 pages in some markets supported by more than 100 exclusive clients like Pine Labs, Swiggy, Asus and Croma. Key editions like Delhi, Bangalore and Hyderabad had 14-16 jackets with a total of 176 jackets across markets. Local/regional business bounced back during the festive season to register 95% volume recovery compared to previous year.

Ad volumes were seen steadily increasing across the Times Group publications. English ad volumes recovered above 75% in the last 30 days along with language publications like Navbharat Times, Maharashtra Times and Vijay Karnataka having a 90% volume recovery compared to last year which was a good sign. The strong momentum built up in the last 30 days was led by consumer-facing businesses like retail, e-commerce, auto, consumer durables and FMCG.

According to experts the loss of some advertisers were made up by newcomers. Newspaper ads are driven mostly by four main categories that include automobiles, eCommerce players, mobile phone makers and real estate but this year we saw new entrants like ed-tech platforms who heavily advertised on print. The highest gainers in the festive season, however, was the regional media where circulation was never hit unlike the metros.

Ozone This Festive Season Bring Home Happiness And Peace Of Mind Ad in Newspaper. This Advertisement has been released in Delhi Times of Times of India Newspaper for its Delhi Edition on 14-10-2018

This festive season has been a story of strong resurgence in print volumes especially in the Hindi speaking and Indian language markets. The retail business has almost reached normalcy level of last year’s same period. The states of MP, Rajasthan, Gujarat, Maharashtra and Jharkhand have performed very well. They have registered either growth or close to the normal level of last year. The major categories which performed well were real estate, education, jewelry and FMCG, which has registered near to double-digit growth. Response category including obituary, has reached a normal level of last year. This means small business and newspaper pull has reached its last year levels. So time did change for print media as compared to digital media, this festival season brought them back to their original position, their all losses were covered, markets were again in favor, their work was going with full swing making them happier and giving real festival vibes.