FOR HEALTHY DEMOCRACY SOCIAL MEDIA SHOULD NOT BE REGULATED

FOR HEALTHY DEMOCRACY SOCIAL MEDIA SHOULD NOT BE REGULATED 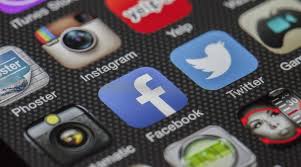 Media is the fourth pillar of democracy and with social media each person can have their own voices. No doubt it is very useful for each one of us around the world but something which has a good side has a bad side too. Likewise, social media too has both negative and positive sides. If we look back, social media was not very powerful a few times before but now everyone is aware of what social media can do. It’s like noon for mankind but then there are some people who are just trying to make it more harmful for society and misusing it rather than learning to use it in a right way. There are people who are trying to present social media in a wrong way. They are trying to raise negativity and violence using social media. This is rising day by day and in the last few months circulation of fake news was at its peak so the government decided to take some steps against it and regulate the use of social media. But common people are strictly against it and also the government is trying to regulate media tools for which media agencies of Jammu Kashmir have started protesting too and now the matter has reached to the court. Let’s see what Attorney General K K Venugopal has to say about this.

Freedom of speech on social media should not be curbed and any move to do so may invite litigation, the government’s top law officer has said, adding that it is unbecoming of a “healthy democracy”. The Supreme Court does initiate contempt cases but only in the rarest of rare cases, says Attorney General KK Venugopal in an interview with NDTV. He further said, “For a healthy democracy, open discussions on social media should not be curbed. The Supreme Court normally does not react to criticism unless lines are crossed,” For instances of states charging individuals for social media posts and the top court’s decisions being questioned or criticized on Twitter. To curtail this would be unnecessary and the government should not bring any move to curtail this freedom. We need open democracy and open discussions,” he added. If something was pointed out, the Supreme Court would “be happy” to deal with it.

The Supreme Court would not go out of its way unless contempt is committed. The Supreme Court initiates contempt only in rarest of rare cases,” he said. Mr. Venugopal has recently received several requests asking for consent to file contempt cases over tweets targeting the Supreme Court. He allowed around 11 people to proceed against stand-up comic Kunal Kamra, who shot off multiple tweets questioning the top court’s decision to grant a reprieve to Republic TV anchor Arnab Goswami after he was jailed in a suicide abetment case in Mumbai.

Last weekend, after a go-ahead from the Attorney General, a law student initiated a contempt case against comic artist Rachita Taneja for her alleged objectionable tweets against the Supreme Court. Ms Taneja was accused of posting three tweets with images which were allegedly “outrageous, contemptuous, carried insinuations and deliberately attributed motives to judges of Supreme Court and their judgments”. Recently, the Supreme Court found lawyer-activist Prashant Bhushan guilty of contempt for posting two tweets and had fined him Re 1. But Mr Venugopal has, at the same time, repeatedly declined consent for more contempt cases against Mr Bhushan.

“I am getting a series of requests for my consent. I do not know why. I am very much restrained in giving consent. Hope such requests will die out soon,” said the top law officer in his statement.

The consent of either the Attorney General or the Solicitor General is necessary for initiating contempt proceedings against a person. So clearly there is a law and procession proving to which action will be taken against the guilty rest nobody can regulate and control the media as it is the proof that a country is democratic or not. These were the statements of the Attorney General to make this concept clear to common people panicking about the regulation of social media but guilty people who are trying to misguide people using social media will not be spared strict action will be taken against them so that the need of regulating the media doesn’t come.