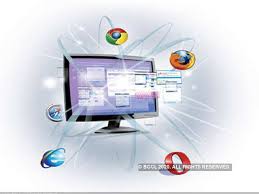 In 2020, India had nearly 700 million internet users across the country. This figure was projected to grow to over 974 million users by 2025 indicating a big market potential in internet services for the south Asian country. In fact, India was ranked as the second largest online market worldwide in 2019, coming second only to China. The number of internet users was estimated to increase in both urban as well as rural regions, indicating a dynamic growth in access to internet.

Internet penetration in India reached 50% at the start of 2020. Meaning, already half of the population in India uses the internet.

With so many internet users spread across all corners of the globe, the internet is truly a goldmine of opportunities for everyone out there.