There was a big change  seen in the politics of the US, Joe Biden became the president of the United States after defeating Donald Trump ex president . The long delayed release of government aid for his transition was conducted.  The process of power transfer happened smoothly and peacefully. Joe Biden and Kamala Harris are winners of the election,  they were appointed as president and vice president respectively. This step was needed to begin tackling the challenges facing their nation, including getting pandemic under control and bringing their economy back on track. The final decision is awaited from definitive administrative action to formally begin the transition process with federal agencies.

General Services Administration head Emily Murphy,  who denied acting under political pressure. Her decision came with Donald Trump when he refused to accept his defeat and he baselessly accused of vote fraud and seeking through legal challenges. Biden transition executive director Yohannes Abraham said in his statement that the president elected team would now move quickly and with Murphy’s decision of formally allowing for coordination with current government officials. “In the days ahead, transition officials will begin meeting with federal officials to discuss the pandemic response, have a full accounting of our national security interests, and gain complete understanding of the Trump administration’s efforts to hollow out government agencies,” he talked about.

The new elected government officials are trying to tackle the problems which are more important let’s see what  changes Joe Biden brings in the political and government function in the United States. The team is working on the pandemic issues first and later will head to problems related to the economy. 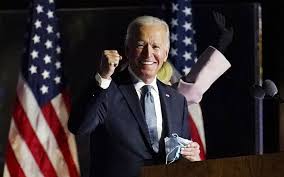