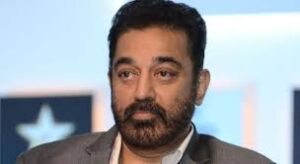 Is it important to show development through infrastructure? Is this infrastructure going to help the poor people? Or this infrastructure is going to feed those hungry people? These kinds of similar questions were being asked by everybody when prime minister Narendra Modi announced the making of a new parliament house. At this time when the economy is falling, farmers are protesting, people are dying some due to hunger or some due to pandemics. When the whole country is in need of a vaccine, What our government is offering a new parliament house?

People choose their government or leader for their betterment or to see a change in our country. India is a developing country and no doubt it is still developing and in today’s time India has achieved a lot but still, it is behind due to some reasons.

Tamil film star and politician Kamal Haasan attacked Prime Minister Narendra Modi a few hours before the start of the campaign for the Tamil Nadu Assembly Election next year. Questioning the foundation stone of the new Parliament House, he said that what was the need to spend so much money on such a difficult time?

He is the second Tamil actor to have won this French award after thespian Sivaji Ganesan. His 1987 film Nayakan has been named among the Time magazine’s 100 all-times best movies.

Kamal Haasan, founder of Makkal Nidhi Mayyam (MNM) tweeted in Tamil, ‘Thousands of people were killed when the Great Wall of China was being built. At that time the rulers had said that it is for the protection of the people. Amidst the coronavirus epidemic, when half of the country’s people are hungry, people are losing their jobs. Why should a new Parliament of 1000 crores be built in this way? Answer my honorable elected Prime Minister.

This is a question which should be asked by each one of us? Is this new parliament house going to educate children? In India thousands of children are not getting an education, In the time of pandemic many of the people are losing their jobs, many of the families don’t have that much money to arrange their daily bread.

What we actually want is education, jobs, and food because for sitting inside that new parliament people need to be educated and alive.

Indian Prime Minister Narendra Modi (Narendra Modi) laid the foundation stone of the new Parliament House on 10 December.  To build this new parliament building it will cost Rs 971 crore and will be spread over 64,500 square meters. Its construction will be completed by 2022.

Kamal Haasan formed the party in 2018

Kamal Haasan had announced his 232nd film with director Lokesh Kanagaraj in September this year and tweeted a photo, sharing another photo. Apart from this, he is also a part of the big-budget film Indian 2 directed by Shankar and another project Thalaivan Irukkindran, which is being called a sequel. He was last seen on the big screen in the spy-thriller Vishwaroopam-2.

For now, the construction of the building cannot begin as the supreme court is hearing the petitions against the project.