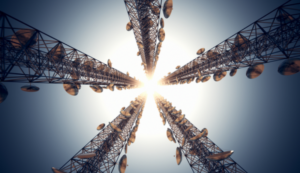 With the ever-escalating global demand for rapid and easy access to data, information and applications and the growing evidence of the economic and social benefits generated by broadband access and services, USFs are seen today as means to ensure that the majority of the population has access to affordable high-speed broadband-based services. In order to make this possible, however, it is important that there is a sound and clear framework of policies and strategies governing the implementation and operation of USFs and the digital agenda of governments as a whole. This is only how USFs can work as a powerful drive for development and help implement national visions of enhanced digital inclusion in a rapidly evolving ICT environment. When telecom minister Ravi Shankar Prasad wrote to finance minister Nirmala Sitharaman before the presentation of this year’s Union Budget that the universal social obligation fund (USOF) levy on telecom operators be cut by 2 percentage points to 3%, he probably knew that this fund is used more for bridging fiscal gaps rather than for providing telecom connectivity in rural areas. Why the government is loathe to reduce the USOF levy can be understood by looking at its design. The money collected goes into the consolidated fund of India and stays there and there’s no check on government spending it elsewhere. Only when telecom projects are approved by the government, funds are transferred to DoT through the approval of Parliament. This means that for better part, the government uses the money to manage its books rather than spending it for telecom-related projects in rural areas.

Telecom operators pay a revenue share license fee of 8% of their adjusted gross revenue to the government. Of this, 5% goes to USOF and 3% to the general exchequer. Since theoretically the general exchequer is supposed to utilize only 3% of the amount for balancing its books, it would not lose anything if the USOF levy is reduced. However, in reality since the USOF money is used for purposes other than for what it is collected, no government welcomes the idea of reducing the levy.

The New Telecom Policy – 1999 (NTP’99) provided that the resources for meeting the Universal Service Obligation (USO) would be raised through a ‘Universal Access Levy (UAL)’, which would be a percentage of the revenue earned by the operators under various licenses. The Universal Service Support Policy came into effect from 01.04.2002. The Indian Telegraph (Amendment) Act, 2003 giving statutory status to the Universal Service Obligation Fund (USOF) was passed by both Houses of Parliament in December 2003. The Rules for administration of the Fund known as Indian Telegraph (Amendment) Rules, 2004 were notified on 26.03.2004. As per the Indian Telegraph Act 1885 (as amended in 2003, 2006 and 2008), the Fund is to be utilized exclusively for meeting the Universal Service Obligation. In the first year of operation, the USO programme targeted 3,010 rural villages for the installation of telephony services. It achieved the goal by the end of 2003. In 2003, the USO programme selected another 2,341 villages to receive telephony services and this target was achieved by the end of 2004. Most of the services used portable fixed satellite technology because of its practicality, wide coverage and lower costs compared to other technologies. The main vision of USOF is enabling rural Indians to accomplish their fullest potential and participate productively in the development of the nation by virtue of being effectively connected through a reliable and omnipresent telecommunications network, access to which is within their reach & within their means.