WELL FOR CHILDREN AND YOUNG PEOPLE, IT IS GETTING DIFFICULT FOR THE ELDERLY TO RECONCILE WITH DIGITAL INDIA 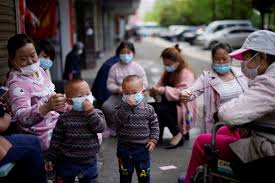 A very recent initiative of the Government is the introduction of the campaign – Digital India. It has been launched with the intention of developing Government services to be made accessible to the citizens of the country electronically. It has a vision to improve the country in its online infrastructure and connectivity or to be digitally empowered in the field of technology. The launch of Digital India leads to devisee of some other government schemes like BharatNet, Make in India, industrial corridors, Bharatmala, Startup India and Standup India, Sagarmala. This led to the launch of facilities like e-learning, e-health, digital banking, e-shopping and so on. But the digitisation has caused a generic gap in the society. It is well acquainted to the new generation but the older generation has faced a tremendous snag in acquiring the norms of the new digitised world.

After a survey conducted in Delhi alone by Agewell Foundation, it is found that around 75% of old people are facing problems to have equal pace with the advancement of growing technological modernisation. Their life at old age are adversely getting contrive because of the digital illiteracy and lack of computer skills. These sections of grown old people are marginalized in the new atmosphere of internet and modern infotech. Not only there existed adjustment problems with the new modernisation, but the old age people are also getting avoided by their younger family member due to their lack of understanding of the new technology. They are lacking communication in their life. With the launch of Digital India which has increased use of digitisation in every sector of society, it is a great hurdle for the older generation to start educating or training about computers and technology at the last bit of their age in their life.

But with every basic and any governmental schemes be digitised, it has become a mandatory for every section of society to start getting aquatinted with the modernisation. Also the COVID-19 pandemic has increased the necessity to be digitised. Although the older group of society faces difficulty to reconcile with Digital India, but there is also a great change during this period. This period has enabled a lot of older generation to learn the norms of the internet and be digitised. Eventually, the access to technology has improved the quality of the lives of old by encouraging interaction which helps them to fight their boredom and loneliness.

Various foundations and organisations have taken on the project to provide free computer and digital volunteering to the elderly. The foundations mark to have elder to digital inclusion and make their life easy and flexible. They launch programmes where one elderly will be taught digital features like e-mail, smart phones usage, online banking, and online shopping and so on. We hope that the digital gap between the young and old generation will be vanished in the days to come.