The portrayal of Women in Indian Advertisement

The portrayal of Women in Indian Advertisement 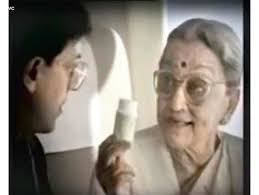 Today each and every company wants to advertise their products to ensure that customers know about their product, to increase sales, to take top positions in the market. Every business person spends lots of money on advertising their product, but it’s not necessary that it will lead to success only. The product will be successful only when the best techniques are used for the advertisement of the product. In recent years, we have observed that advertising has done a notable transformation in attracting customers to buy their products/services. The requirement for advertisement has reached great levels in print & visual media. One of the transformations is the way how women are presented in advertising. Advertising is one of the major media which affects society and our daily life. It is responsible for playing a notable role in shaping society in a much broader way. In today’s era, women are no longer staying behind the kitchen walls. Their desire for stepping out in the world is increasing to think differently. Advertisers wisely use this transformation to launch their product in the market.

Advertisement is not just images or texts that will help you to sell products. They are created and implemented in such a manner that they plead to their target audience in many ways. Advertising messages briefly gives a powerful and effective influence in shaping the attitude and behavior of consumers. Advertisement combines socio-cultural accounts and also shape them.

TV commercials have changed significantly in many decades, they have been a reflection of a society’s desire. The role of women is changing in various fields for many years like advertising, academics, politics, etc. Today more than 30% of employees in the software industry are women, women are also considering themselves as professionals in different terms of life. The physical images have managed to build a framework of ‘stereotypes’ with respect to different concerns including gender, class, religion, sexuality, ethnicity among others.

The use of women in advertisements are seen everywhere, women and their body parts sell everything from food, cars to toilet seats, girls are shown as being endlessly preoccupied with the household work, their appearance, and many more.

Advertisements are everywhere in the world due to which messages are able to convey to the society about the image of women, bear much importance .various research studies have been done over the years to explore the representation of women in advertisements most of them reveal the constant popularity of gender stereotypes in advertisements by showing small variation through the years.

Due to globalization, development of market economy & rapid growth in education & employment there is a notable change in the role & status of a woman in the society earlier women were totally dependent on a man, now they are changed to an independent career woman of the 21st century. Raymond William in his essay “Advertising: The Magic System” points out that the development of advertisements took place in the time of the Industrial Revolution and the development occurred due to the growth of trade and commerce. But still in the 1850s advertisements were not taken as a respectable medium.

There are so many characteristics that can be seen in most ads that have women in them. Woman are usually center of attention, she is viewed as a sex object, she is wearing clothes which are somewhat revealing. The study of Goffman (1979) shows that women in advertisements are mostly portrayed in a stereotypical way. Gender representation in advertisements is very important for one to know what it means to be a male or female. I have watched some TV ads, which are considered the most powerful medium in the commercial media sector. At the beginning of the advertisements women were always shown as housekeepers but by the changing of time women are also shown as working women but non of the advertisement was able to break the mentality that women are not always meant to do household work. I have watched lots of advertisements in which women are shown working but they are not able to neglect the household work. In some of the ads, it has also shown that beauty matters a lot for the success of women which is totally wrong, by watching women who are slim, fair, and beautiful. Many women feel complex because of this.

In today’s world both men & women are working on some level they are aware of each other duties they are also aware of choosing any product. Therefore advertisers need to focus more while representing both male and female models to promote any product.