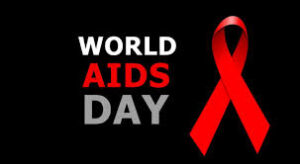 Today is World AIDS day. Currently, the world is facing a dangerous pandemic and still the vaccine is not available. The same situation is with AIDS, it is a dangerous disease, basically because of unprotected sex, AIDS bacteria enter the body. The full name of AIDS is ‘acquired immunodeficiency syndrome’. It was first discovered in New York in 1981 when some fond of “homosexual sex” went to the doctor for their treatment.

Even after the treatment, the disease remained intact and the patients could not survive, then the doctors tested that their immunity was over. Then there was research on it, by then it had spread tremendously in many countries and it was named “Acquired Immunodeficiency Syndrome” i.e AIDS.

This disease is diagnosed after a long time and patients are also not aware of HIV tests, hence the confusion of other diseases remains. People have a clear concept of how the coronavirus spreads, but they’re still some myths about the transmission of AIDS. A person should have all the information in order to fight diseases. Due to misinformation and some myths, society is still discriminating against the person who is suffering from HIV.

It’s been around 38 years when the HIV (Human Immunodeficiency Virus)/ AIDS was recognized. Let’s break the ice about the myths which are fooling people regarding the transmission of these dangerous diseases. The most important thing is to know that HIV can lead to AIDS, it can also be called an advanced stage HIV. But it is also true that every person necessarily doesn’t reach stage 3. Many people with correct treatment and guidance about the infection live for many years without developing AIDS. Unfortunately, this patient suffers a lot and face discrimination in society because of the myths about the transmission of the diseases.

Here are some myths.

Only People who consume drugs can get HIV/AIDS:- This is a big myth, The transmission is not only restricted to those who use the same needles for drugs consumption. Many times needles and syringes are reused even in a healthcare center this can also be a cause for spreading blood-borne diseases.

Sharing cutlery and bedding can spread HIV:- Many people have a misconception that sharing clothes and sleeping on the same bed can spread HIV/ AIDS. Just because of this myth HIV/AIDS patient is kept at hand’s length even with there loved ones. This disease never spread with such things the same goes with the workspaces, workout areas such as bathrooms, toilets, and kitchen. Breast milk, infected vaginal fluid, infected semen, or blood are the reason for the spreading of HIV/AIDs.

Women who have HIV/AIDS should not conceive:- It is true, the risk is there that the mother can pass on the infection to the child. But it is preventable. Researches and advancement are there which can prevent the transmission of diseases from mother to child.

Misinformation and condemnation have impacted HIV/AIDS patient life. We should understand that this patient is already suffering a lot in their life. Ignoring and discriminating against them can make their life even worse. Awareness and sensitization are required to build a cohesive society, we all must play our parts responsibly.