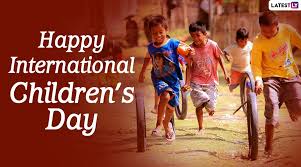 It was first celebrated in 1954 as Children’s Day to promote international unification and to promote children’s welfare. Previously, it was celebrated as Universal Children’s Day. 20th November, 1959, the UN adopted the Declaration of Rights of Children. Similarly, on the date in 1989, Convention on the Rights of Child was adopted. Thus, November 20 is observed as the World Children’s Day. On this day, various events and activities are organised in numerous schools, clubs, etc which involve the participation of parents, children, media, organisations to promote the importance of children crisis and its welfare.