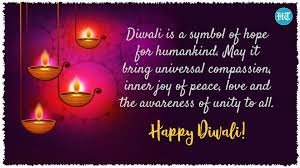 Diwali or Deepavali(a Sanskrit word meaning “rows of lighted lamps,”) is a Indian religious festival It is the victory over darkness (Evil ) . Diwali is celebrated all over the world with different reasons also called festival of lights. People celebrate Diwali in month of October and November exactly after 20-15 days of Dussehra Thus, they celebrate by lighting of Diyas, and bursting of Crackers , purchasing new dresses as a part of Diwali Celebrations. Diwali is celebrated according to the
particular region.

According to the Hindu mythology the Deepavali is originated from Kreta Yuga Whereas on the particular day Shakthi
finishes her 21 days of Kedara Gowri vritha and merges into lord Shiva takes form of ‘Ardhanaareeshwara’. As mentioned in
Kandha Parana In Treta Yuga diwali is celebrated because Lord Ram, Sita devi and lakshman came to Ayodhya after 14 years of vanavasa( Forest life) people of Ayodhya excited and invited Lord Rama to home after devastating Ravana the king of Lanka .
People also worship Goddesses Lakshmi Devi because they consider that goddesses Site is a of Lakshmi Devi also believed that on that particular day lord Vishnu and Goddesses Lakshmi Devi got married . They welcome Lakshmi Devi to there home . If they perform Pooja according to Brahma muhurtham its more auspicious for Lakshmi devi were wealth and prosperous life is
enhanced and they do Pooja for Ganesh because Ganesh should be worshipped first Before any Pooja .
According to Dvapara Yuga diwali is celebrated as devastating Ashura Narakasura. Heavenly Devine people requested lord Krishna for help because he kidnapping 16000 women and was torturing people. Satyabhama lord Krishna’s second
wife joins lord Krishna . Here lord Krishna played a trick as he was wounded and falls down seeing this Satyabhama got furious and devasted Narakasura.

Narakasura was a child of Lord Vishnu’s 3rd avathara Varaha and Bhudevi , Satyabhama was one among the incarnation of Bhudevi . Narakasura got boon from Brahma Dev that he won’t die from anyone except his mother’s hand . Since Satyabhama was Narakasura’s mother Satyabhama davasted him . Narakasura came to know that Satyabhama is a incarnation of Bhudevi and his mother and also took a boon from his mother that all must remember my death day all should celebrate it with sweets and by lightening lamps.
Buddhists also celebrate the festival to honour their Emperor Asoka’s decision to convert to Buddhism and follow a path of
peace and enlightenment.

Celebration of Diwali People burst crackers light Diyas so that home is filled with positive Light is significant in Hinduism because it signifies purity, goodness, good luck and power.
Diwali is Celebrated not only In India also across In many countries. Diwali is celebrated by all the religions people .
People call Diwali to be the Festival of lights Whereas it Illuminate around themselves With lights and candles. Here people too
buy new dresses , share sweets go out with there family and friends . Government allots 3-4 days of holiday . People share happiness People during this time, clean their homes, decorate their home buy Crackers and burst
them. Rule for celebrating Diwali ( Karnataka)

The Karnataka government Have issued guideline to celebrate diwali . The Supreme Court clarified that it has not imposed a
total ban on the sale and use of firecrackers and the crackers which containes Barium salts, chemical crackers and those gives disturbance to the health henceforth it’s banned The Police, fire department, Health & Family welfare department, District
administration, and corporations should ensure that guidelines must be followed. Green crackers are advanced by the Council of Scientific and Industrial Research- National Environmental and Engineering Research Institute (CSIR-NEERI) lab and
product approval for the new formulation is given by Petroleum and Explosives Safety
Organization (PESO). Green crackers can be identified through the definite green logo of CSIR-NEERI and PESO as well as a QR coding system. The consumers can give a step up to identify the green crackers by scanning the QR code on
NEERI mobile application. The government order said that during Diwali, bursting of crackers shall be permitted from 8 to 10 pm. The fireworks timing has been limited to 35 minutes on the Christmas and New Year Eve.
The bursting of crackers timings will be permitted from 11:55 pm to 12:30 am on Christmas and from 11:55 pm to 12:30 am
on New Year. Effects of bursting Crackers By bursting Diwali crackers the sound which is exploded from the crackers louder than the safe levels of sound for human ears Affects very easily. loud noises can lead to conditions like tinnitus, hearing loss,
restlessness, high blood pressure and sleep disturbance also can create much more severe effects in cardiac related problems, respiratory , nervous system disorders. They can cause problems for the people who are suffering from colds, allergies or coughs because of smoke the throat and chest also can be affected. They can also cause water pollution and acid rains. Conclusion Diwali is a festival were the whole world celebrates without bothering religion were kids and another’s enjoy the festival by bursting Crackers, distributing sweets to others sharing our happiness should and to give sweet, clothes and other things to the people who are not able to afford it which make Diwali more special with blessings.
We should make sure that we burst crackers which is pollution free and to keep children safe from chemical which emergence from crackers and to wash hands after bursting Crackers and to have a safe Diwali.