Effect of online games on children and youth 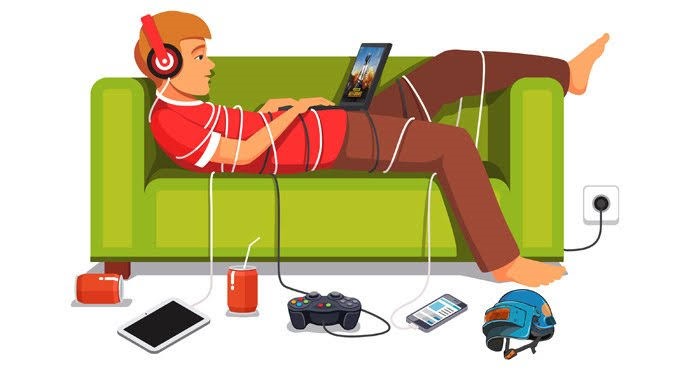 Effect of online games on children and youth :

Online games a platform where children spend their leisure time making their minds free from the burden of studies. But not only the children even the youth like to spend their times playing online games. But this games giving a negative impact on the children as they are getting addicted to it.

We came to see in the newspapers that many died while playing this games and the mastermind of the games were jailed but the question is how the game comes to market?? The games can be downloaded only through link and not from any verified app. People like them gives a wrong impact of using the internet. They builded the game in a way that the children or youth who are depressed or in a mental pressure will be targeted. Firstly they have to answer some simple questions and slowly slowly they will get involved in the game in a greed to get money or something else. But soon the game was banned.

There are many online games in the market but from them view gave a negative impact on the children and youth that they cannot stop them playing that games. PUBG this game got the highest rating till time the game was banned. It made the youth as well as children to play it like a crazy human. Many people complaint that their children are not studying rather always playing PUBG it created a bad impact on the children’s and many youth but in the other hand many youth was earning money through that game which was a good. It was a Chinese game which was banned last year by our Prime Minister and now FREEFIRE replaced the game.

During this pandemic where the schools are closed. Study pressure is low and even they cannot go out for playing in this situation they are getting more addicted to games. Nowadays children are forgetting to play outdoor games they are now just busy with the mobile games. This makes their concentration power low, they loose interest from studies, it effects their eyes and brain. Even the online games are also helpful in their life but things in a limited manner is good but excessive creates a negative impact not only for online games but for anything.