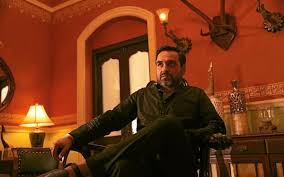 A first information report has been registered in Uttar Pradesh against the creators of Amazon Prime’s web series Mirzapur for allegedly outraging the religious sentiments, and portraying that a specific community had criminal links, The Hindu reported on Tuesday.

The FIR, lodged at Mirzapur’s Kotwali Dehat police station on Sunday, was filed after a complaint by local journalist Arvind Chaturvedi. The complainant claimed that the web series has hurt his “religious, social and regional sentiments”, adding that it presented the city of Mirzapur in a poor light.

The producer of the series Ritesh Sidhwani, Farhan Akhtar, Bhaumik Gondaliya and Amazon Prime Video were named in the FIR. Under the Indian Penal Code, Sections 295A (deliberate and malicious acts, intended to outrage religious feelings of any class by insulting its religion or reli­gious beliefs), 505 (statements conducing to public mischief), and 504 (intentional insult with intent to provoke breach of the peace) along with sections of the Information Technology Act were imposed, according to The Indian Express.

“On the complaint of one Arvind Chaturvedi of Chilbiliya village, a case has been lodged against the producers of the web series Mirzapur and the OTT [over-the-top] platform company Amazon Prime Video under appropriate sections of IPC and IT Act,” Mirzapur Superintendent of Police Ajay Kumar Singh told The Times of India.

The FIR against Mirzapur came on the heels of complaints being filed against another Amazon prime web series, Tandav, this week, and Netflix series A Suitable Boy in November.

Several other members of the ruling Bharatiya Janata Party have insisted that the government pull the series off air or take out key scenes.

Hours after the cast and crew of Tandav apologised for allegedly insulting Hindu gods, Bharatiya Janata Party leader Ram Kadam on Monday said their “apology was not enough”, and asserted that his party would ensure the makers of the show are jailed. The BJP MLA from Mumbai also called for a boycott of Amazon products.

Meanwhile, the Madhya Pradesh Police had filed a case in November against two people, including the vice president of Netflix, for allegedly hurting religious sentiments after BJP members and Hindutva activists objected to a kissing scene, in A Suitable Boy, between the protagonists in a temple.