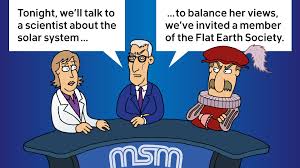 Along with all other organizations this year was worse of journalists and media houses too. There were many questions raised on media houses and many boundations were drawn for working of the media. All these things that happened in this year was new for everyone and so was for the media but still they managed to be there for people and performed their duties in such tough conditions. It’s true that many silly things happened with leading houses of media, they became a laughing stock for people but they didn’t give up on their work, they were there when people needed anything. Media brought many emotions for people. They gave us good news, bad news, sad news, positivity, panics but one thing they didn’t do was to run from their work. They did whatever it took to be helpful to people. Let’s be thankful to the media that stood with us all the time. They learnt many new things too, so here at the end of this year even they are looking to improve themselves. They are taking new resolutions to improve themselves. Let’s talk about this.

The mainstream media, in the closing days of 2020, have largely embraced their role as truth-tellers, not merchants of false balance. The media also need a new vocabulary. A party that attempts to thwart elections, tolerates toadyism to Russian President Vladimir Putin and overlooks evidence of rampant executive-branch lawlessness is not “conservative” in any sense of the word. Republicans are right-wing nationalists or authoritarian populists or nihilists, but they are not “conservative” in the way that modern Republican presidents were before Trump. Their refusal to adhere to limited government, fiscal responsibility, free trade, the rule of law, American international leadership and the belief in objective truth rules out “conservatism” as their defining ideology.

Finally, proportion and context matter. When a reporter claims a soon-to-be White House aide is “under fire,” it is not enough to find a single disgruntled donor whining about something she said. And when referring to the “Republicans in the Senate,” are we talking about all of them? The ones whom Democrats need for a majority? Likewise, in analyzing the prospect of Cabinet confirmations, “Democrats worry” or “progressives fear” is unhelpful and misleading. Which Democrats? How many? What kind of Democrats? The bias for conflict tends to create conflagrations and standoffs out of the gripes of a shockingly small group of people.

Fairness comes not in serving up equal portions of lies and truth, but in accurately separating, as best the media can at that moment, what is true and what is false. Instead of “balance,” which denotes an artificial leveling of the scales, reporters should aim for perspective, context and completeness. And, most critically, notions about moral equivalency between the parties and the assumption of sincerity and honesty from Republicans must be rethought in an era in which so many Republicans are indifferent, if not hostile, to truth and democracy.

The need for media has grown over this period so they definitely need to bring changes and improve their services. People now are more reliable on them, so any kind of negligence is not acceptable from their side. They themselves had seen how the role of the media has changed due to their working style and how they had to face problems because of showing worthless things on the national level. But it cannot be denied that the media has helped a lot of people and with their help justice has been served to a great number of people. Taking new resolution and working on them can help them to gain back the trust that people had on them. But it is also true that without active and free media in the country this could never have happened so let’s be grateful and salute our frontline workers along with the media because they too worked hard while each one of us were sitting at our homes.