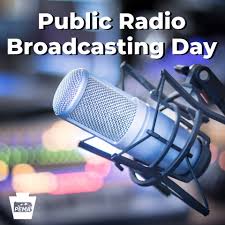 January 13 is celebrated as Public Radio Broadcasting Day. This day is observed to honour and appreciate the technology and work of those who made the first public radio broadcasting.

With the advancement of technology, we have endured ourselves in the bed of luxury of rapid development of various devices. But one should never forget the old ones which since ages have made our life easier. Radio was one such device.

This Day is created to celebrate the world’s first public radio broadcast held in New York City on January 13, 1910. Lee de Forest was credited for transmitting the world’s first public broadcast. He had proved and shown that wireless telephony could even send the sounds other than Morse code. The first broadcast featured the voices of Enrico Caruso and some other Metropolitan Opera stars who made a live Metropolitan Opera House performance.

This is the perfect day to indulge in listening to some stations available in radio. Various events and speeches are held to honour the work of the radio broadcasting.