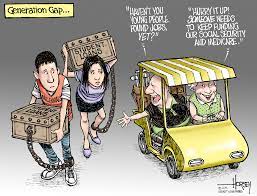 Public safety involves protecting the public from crimes, disaster, and other dangers and threats. (In the United States, public
safety is the dedicated responsibility of certain government organizations and local departments. Think police officers, security
agents, emergency response teams, fire forces, parole officers, and more. No matter the role, the primary goal of public safety
professionals is to prevent danger and to protect the wellbeing of citizens, communities, and organizations.) Social security is the protection that a society provides to individuals ensure access to health care and to guarantee income security, particularly in cases of old age, unemployment, sickness, invalidity, work injury, maternity. Unprivileged were they don’t have rights, facilities , Proper education, Immunities from government, not in proper status. Poverty is a state of being in which a person
lacks the income. Were they don’t get there basic personal needs, such as food, shelter, and clothing. Poverty exists in every country in the World Act for Public Safety The Jammu & Kashmir Public Safety Act (PSA), 1978 is a preventive detention law,
under which a person is taken into custody to prevent him or her from acting in any manner that is prejudicial to “the security of
the state or the maintenance of the public order”

The three major non-contributory laws are the Workmen’s Compensation Act, 1923, the Maternity Benefit Act, 1961 and the
Payment of Gratuity Act, 1972 .

multidimensionally poor people live in Sub- Saharan Africa (558 million) and South Asia (530 millions) Sudan is the poorest country in the world with a poverty rate of 82.3% in 2021 Causes of poverty
INADEQUATE ACCESS TO CLEAN WATER AND NUTRITIOUS FOOD:– they must get Nutrition foods in less price. Everything a person does will be about getting food and water. They can’t save any money because it all goes towards their daily needs.
LITTLE OR NO ACCESS TO LIVELIHOODS OR
JOBS:-When you don’t have a good job, you aren’t getting a good income. In many countries, traditional jobs like farming are
disappearing and people don’t get jobs too economically they go weak, automatically per capita incomes down.
POOR EDUCATION:-One of the main reason, According to UNESCO, over 170 million people could be free of extreme
poverty if they only had basic reading skills. However, in many areas of the world, people aren’t getting educated. And
systematically they are able to afford jobs too.
CLIMATE CHANGE:-According to the World Bank, climate change has the power to impoverish 100 million people in the next
decade or so. We know climate change causes drought, floods, and severe storms, and that can take down successful countries while pulling poor ones down even further there are lots of people who depend on climate if climate collapses even human man kind gets collapsed.
LACK OF INFRASTRUCTURE:-Infrastructure includes roads, bridges, the internet, public transport, and more. When a community or families are isolated, they have to spend a lot of money, time, and energy getting to places. Without good roads, traveling takes forever. Without public transport, it may be next to impossible to get a good job or even to the store.
LIMITED CAPACITY OF THE GOVERNMENT :Government must be ready for everything social welfare programs, redirecting funds away from those who need it, failing to build good infrastructure. If a government fails to meet the needs of the poor, the
poor will most likely stay that way.
POOR HEALTHCARE SYSTEMS :-People who are poor are more likely to suffer from bad health, and those with bad health are more likely to be poor. This is because healthcare is often too expensive or inaccessible to those who need it. Without money for medicine and treatment, the poor have to make really tough decisions, and usually essentials like food take priority.
LACK Of OPPORTUNITIES:- People here are not able to expose there talents where they don’t have proper background they lose there confidence. They also pushed in mental illness. SOCIAL INJUSTICE:-Whether it’s gender discrimination, racism, or other forms of social injustice, poverty follows. People who are victims of social injustice struggle with getting a good education, the right job opportunities, and access to resources that can lift them out of poverty.
HIGH COST:-According to Statics from the World Food Program, the poorest households in the world are spending 60-80% of their incomes on Fodio. Food prices are also very unpredictable in certain areas, so when they rise, the poor have to keep cutting out other essentials.
CONFLICTS:-Violent conflict contributes to poverty in a number of ways, damage to infrastructure, institutions and production;
the destruction of assets; the breakup of communities and social networks; forced displacement and increased unemployment.
Measures Eradicate Poverty Equality Respect for everyone Create jobs Raise the minimum wage Increasing literacy rate
To maintain peace To minimize the rate of daily essentials Social justice to be provided Increasing in the facilities if hospital
To provide nutrition food for Poor’s. Policies by Government to eradicate Poverty.
1.National Food for Work Program.
2.Swaranjayanti Gram Swarozgar Yojana
(SGSY)
3.Sampoorna Grameen Rozgar Yojana
(SGRY)
4.Rural Housing – Indira Awaas Yojana (IAY)
5.Pradhan Mantri Gramodaya Yojana
(PMGY)
6. Employment Generation Program
(REGP)

7.Prime Minister’s Rozgar Yojana (PMRY)
8.Pradhan Mantri Gram Sadak Yojana
(PMGSY)
Conclusion:
Government have allotted special policies and schemes to eradicate poverty , Unprivileged people must make use of it .
But the policies and schemes are taken by 3rd parties who work as middle man to distribute the policies, Schemes, essentials
and other necessary things , that’s why still countries are in developing stage, we must donate NGOs because they help poor’s ,sometimes poor people engage themselves in illegal activities. Henceforth., we must make sure that we eradicate poverty by
following government rules and regulations.